Positively psychedelic projections, Eighties alt-rock house music, and throngs of old and new heads dressed in black painted the scene for Mohawk's final Levitation Festival show of the year. With a killer lineup of local punk acts Die Spitz and Pleasure Venom opening for the grunge legends L7, the night was destined for greatness.

The chaos within the venue progressed the way one falls asleep: slowly, then all at once. An hour after doors opened, most concertgoers perched atop the balcony or at the wings of the outdoor stage, leaving a gaping void at the center of the floor. The black hole quickly filled as four-piece "boy band with tits" Die Spitz took the stage, donning clown and elf gear as well as an unshakeable surefire attitude. 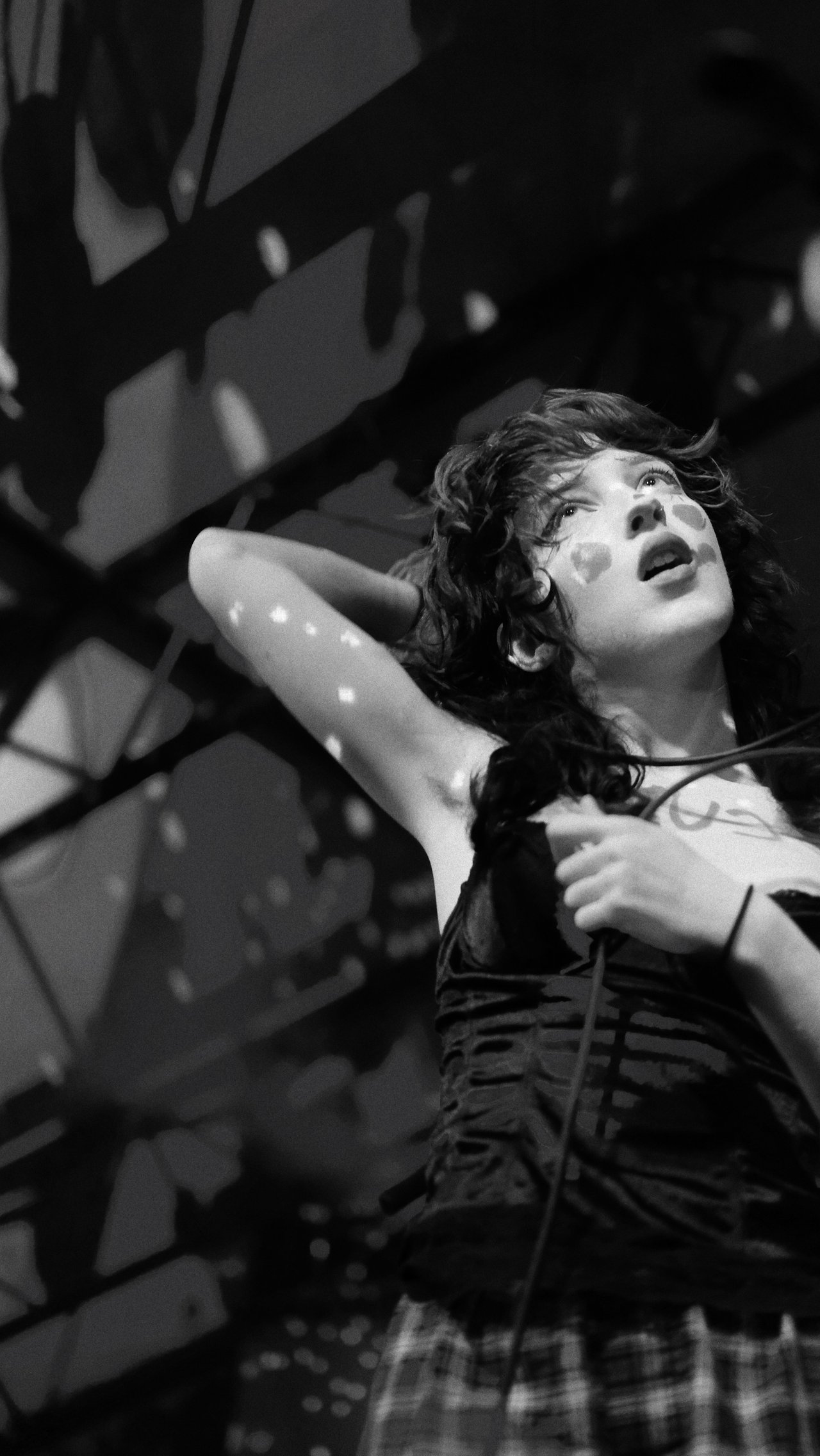 Die Spitz ripped Mohawk wide open with the cool and moody "Evangeline," off their latest EP, and continued to shred faces off with a whirling rotation between songs old and new. A notable moment of the performance included guitarist and vocalist Ava Schrobilgen's growling demand for everyone to "MOSHHHH." And mosh they did, this writer included – for like, research purposes, or whatever. Schrobilgen dedicated the unreleased track "Broken Dogs Gushing Blood" to a handsy co-op party-goer before the band launched into sliding notes and crunchy minor chords. "I'LL BREAK YOUR FUCKING TEETH," the ax wielder screamed. Drummer Chloe Andrews teased a stop-and-go rhythm on her kit before Die Spitz closed their set with the drop D rumbles of "Monkey Song." Schrobilgen's guitar strap even fell off at one point, but nothing could interrupt the Spitz's 36 minutes of rocking.

Sweaty and screaming, the crowd was perfectly primed by the time Pleasure Venom swarmed the grandstand around 8 p.m, fresh off ACL's Barton Springs Stage performance just two weeks back. Resident banshee Audrey Campbell, adorned in curling black horns and a Babymetal tee, bellowed, "Getting tired of living this shit!" before the band cranked out the thrashing notes of opener "We Get What You Deserve." No introduction whatsoever. After the song, Campbell offered, "I'm feeling a little horny tonight," gesturing at her horns with a sly grin. The PV principal sounded as good live as she does in her recorded works, cycling through latest single "Severed Ties" and older hits like "These Days" while brandishing a giant fan displaying the word "DADDY." Guitarist Chase Dungan and bassist Jordan Emmert summoned dark and deathly riffs while drummer Thomas Valles struck lightning-fast rhythms. Pleasure Venom hammered the last nail in Mohawk's squirming coffin with the buzzing cacophony of "Hive." 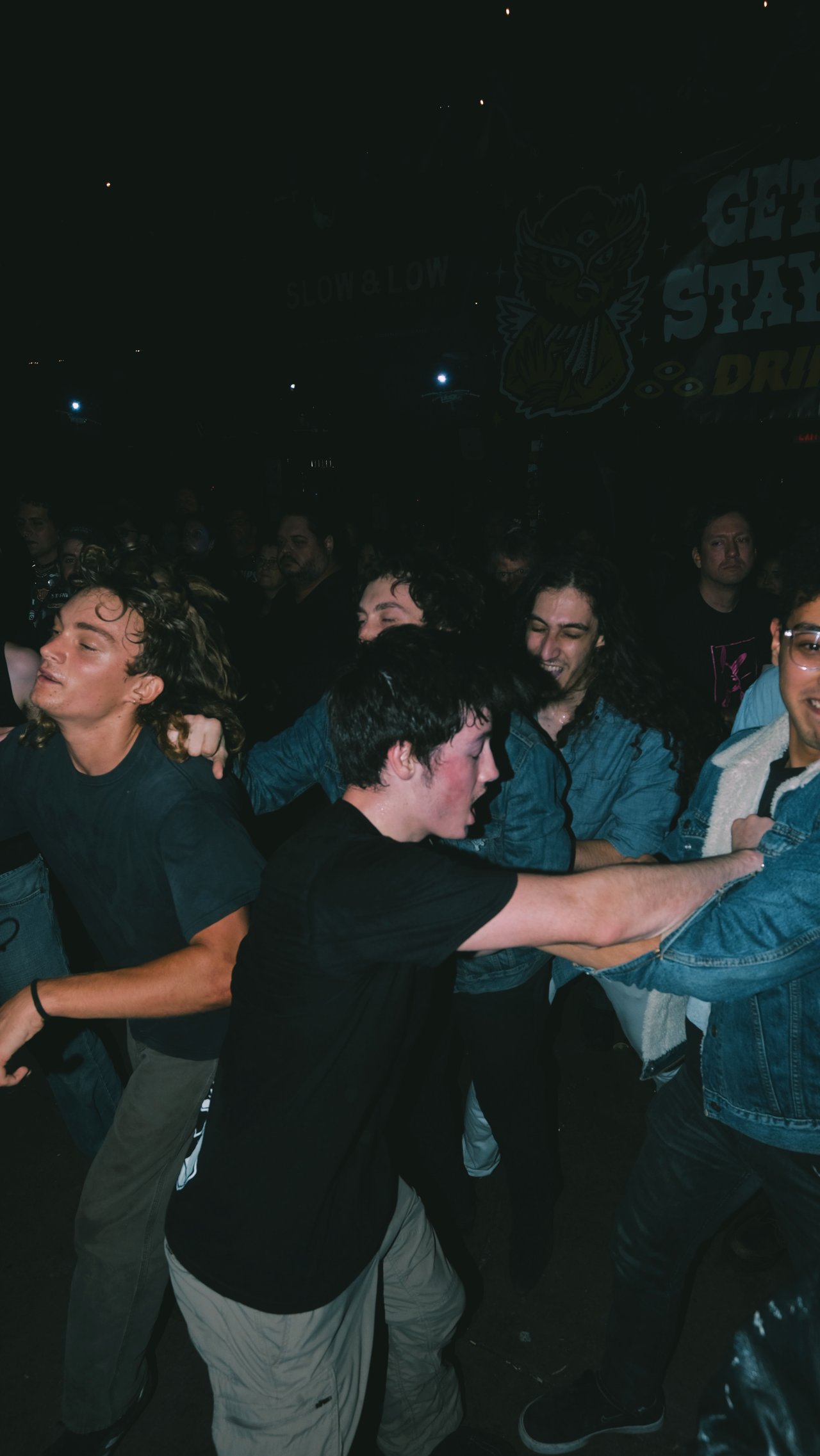 This late in the night – an unironic 9 p.m. more or less – Mohawk was on the verge of reaching peak chaos, the echoes of mosh pits past and the stench of packed concertgoers present permeating the air. Everyone swayed in eager anticipation for Los Angeles-based, all-woman quartet L7. When the grunge gods finally touched down on earth, the big riffs and drawling vocals of "Andres" made their presence known before the band rallied for grrrl power with the chugging "Everglade." Frontwoman Donita Sparks led her punk cohorts through a gnarly and grinding set, headbanging in perfect sync with Finch, blonde locks flying.

At one point, a bloody tampon flew onto the stage – a nod to Sparks' 1992 Reading Festival act of rebellion. The guitarist laughed and twirled it around before tossing it back into the crowd. At a separate turn of pure punk rock, a blind concertgoer climbed onto the stage's edge before throwing caution – and his literal body – to the wind. The audience excitedly caught him and passed him overhead from one edge to the other as the roars of "Slide" and "Shitlist" raged on. L7 sped up radio hit "Pretend We're Dead" with distortive flair before finishing the show with the trilling and fitting intimidation track, "Fast and Frightening." 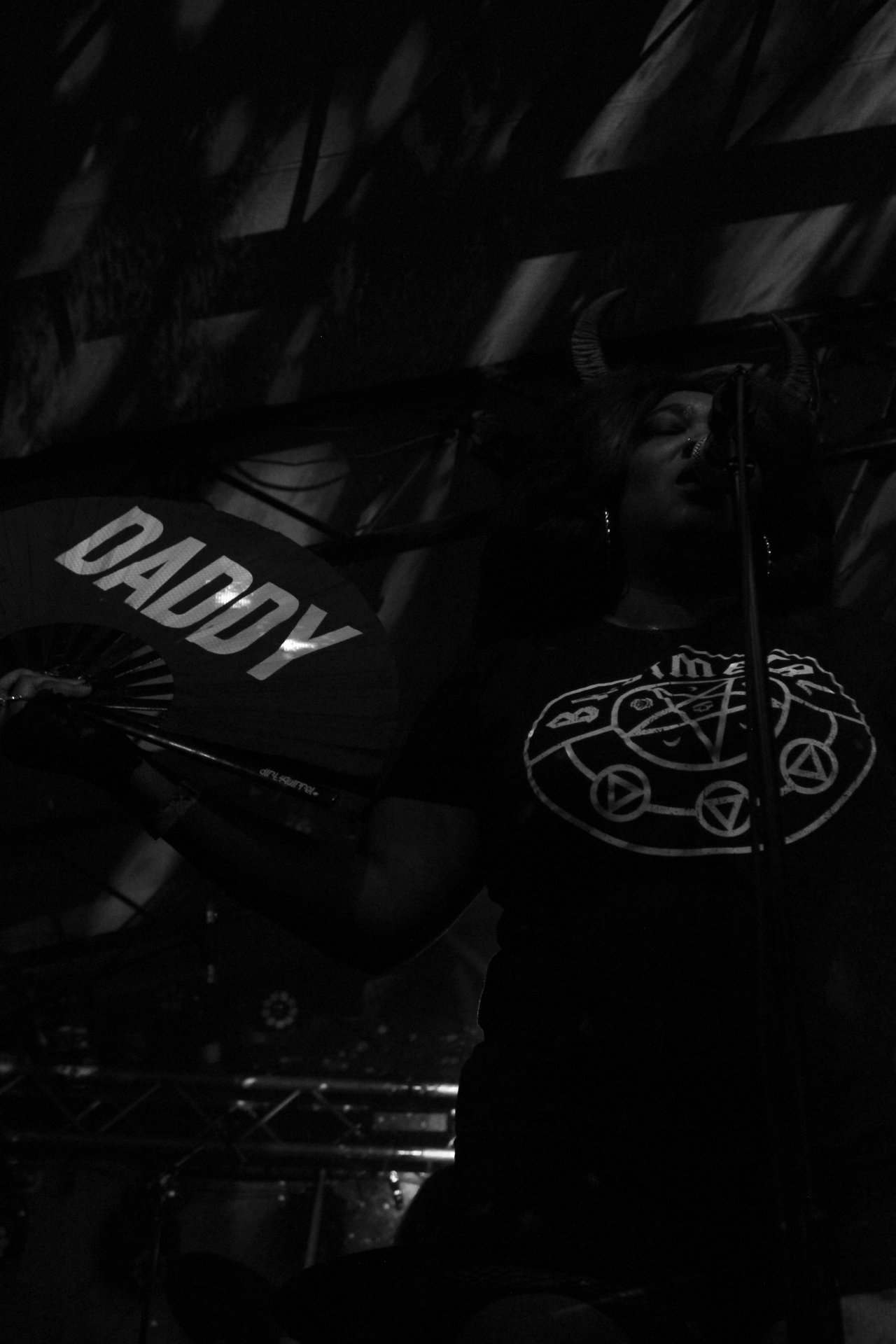 The band's closer might as well have been about the angry femmes that graced the stage that night.Got so much clit she don't need no balls? She's fast, she's lean, she's frightening? I'll say! As the final notes rang out and exhausted fans filed out of the 'Hawk, a collective rage hung in the air, the aftermath of a night – and a feeling – they'll never forget. 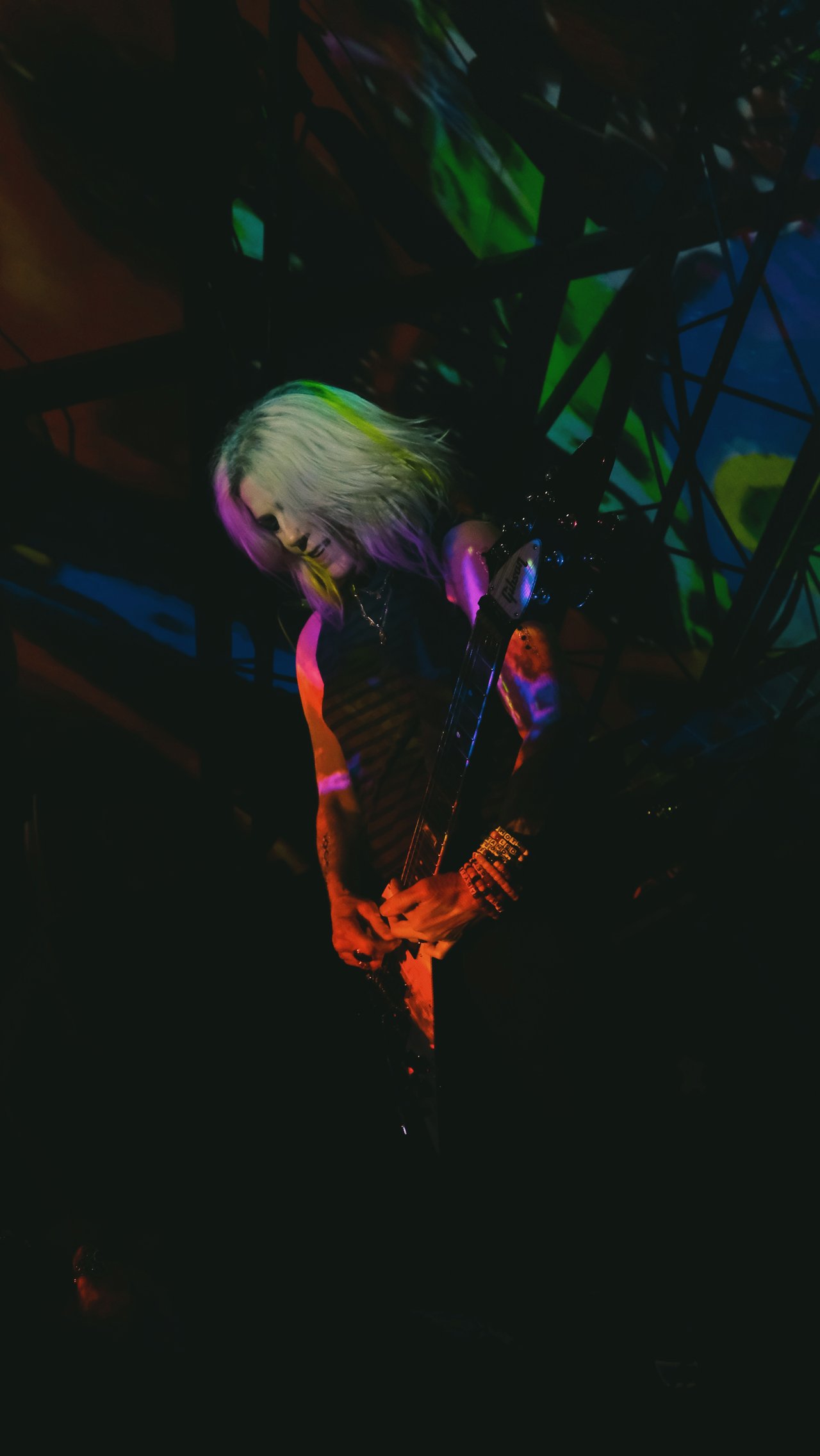