I sat down with RTF senior, Hannah Edelman, to talk about her experience as a photographer. From shooting Johnny Marr of the Smiths, to touring with band Rainbow Kitten Surprise— Edelman has been making her mark in music photography.

All of the featured photos are from Hannah. To find more of Hannah's work, follow her on Instagram @hannahedelmann

KVRX: When did you start taking photos?

Edelman: “I started when I was super young— I became addicted to disposable cameras when I was eight or nine. I bought my first film camera, the AE-1, when I was 17. I remember getting my film back and my photos were so bad, but it was the first time that I built a body of work and became obsessed with film photography.

It was the first thing in my life that I wanted to get better at. I would waste so much film and be so mad, but I told myself I needed to get better. Photography has helped me to slow down and observe things that I wouldn’t have seen if I didn’t take a step back from the moment.”

What’s one of the coolest places that photography has taken you? 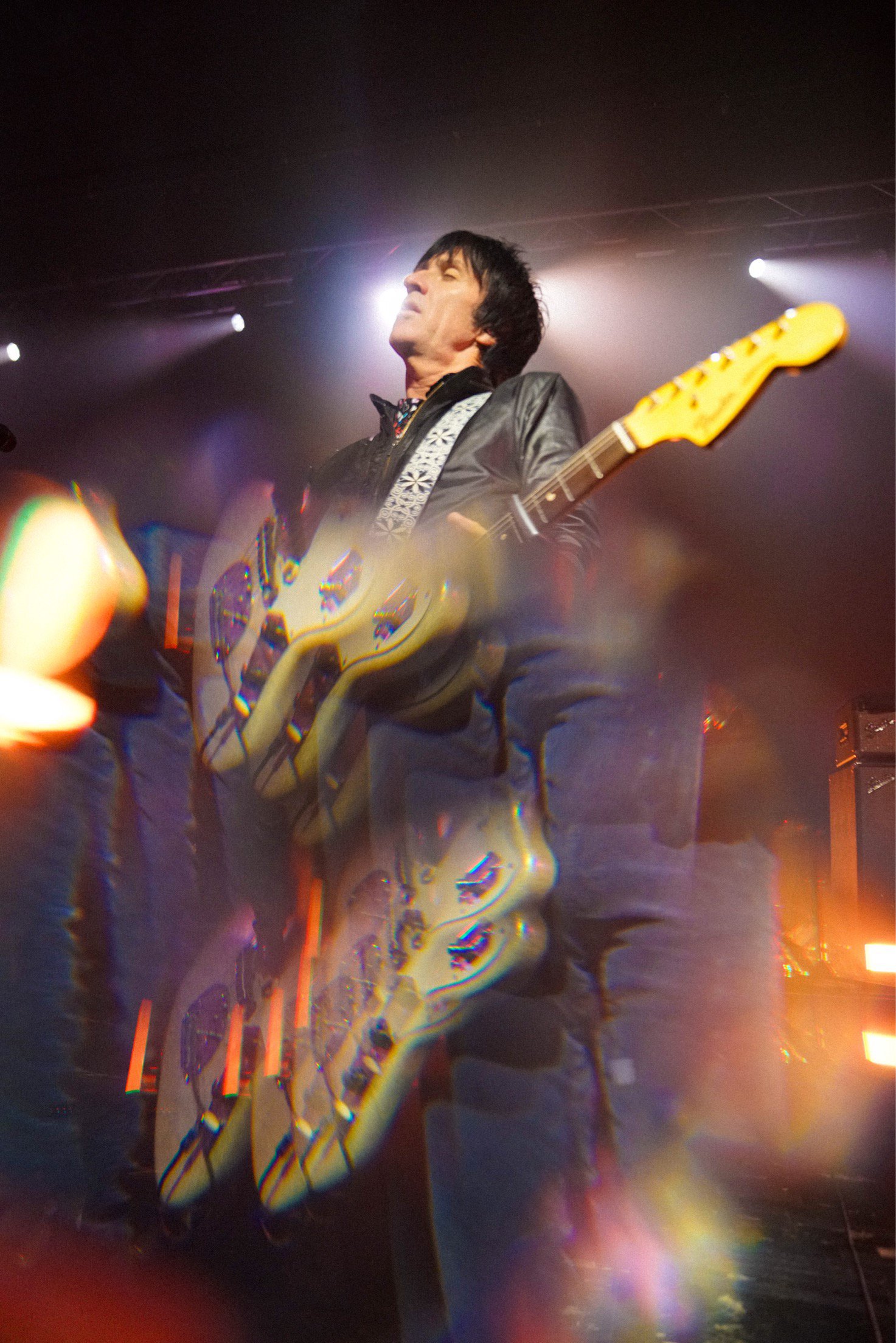 "I was interning for KUTX and Johnny Marr from the Smiths came in.  After their session,

a week, and the next day I was on a flight to New York. I asked myself ‘How am I here?’

when I thought I could do this. Before, I found myself questioning my work all the time

and to have someone like Johnny Marr validate it was one of the best moments of my life.”

What's it like being a woman in the industry?

“People don’t take me as seriously. I have to prove myself so much more. I remember I was interning for SXSW, and I was in the photo pit with all these 50 year old white dudes— and they just looked at me like ‘why are you here?’ I’ve learned to be like ‘I’m here, and I’m supposed to be here’.”

Has it taken you time to become more confident?

“Yeah, for sure. It’s intimidating being surrounded by all these guys.  It gives me this thrill to know that I’m the only girl in the pit— it feels good being the only girl sometimes.” 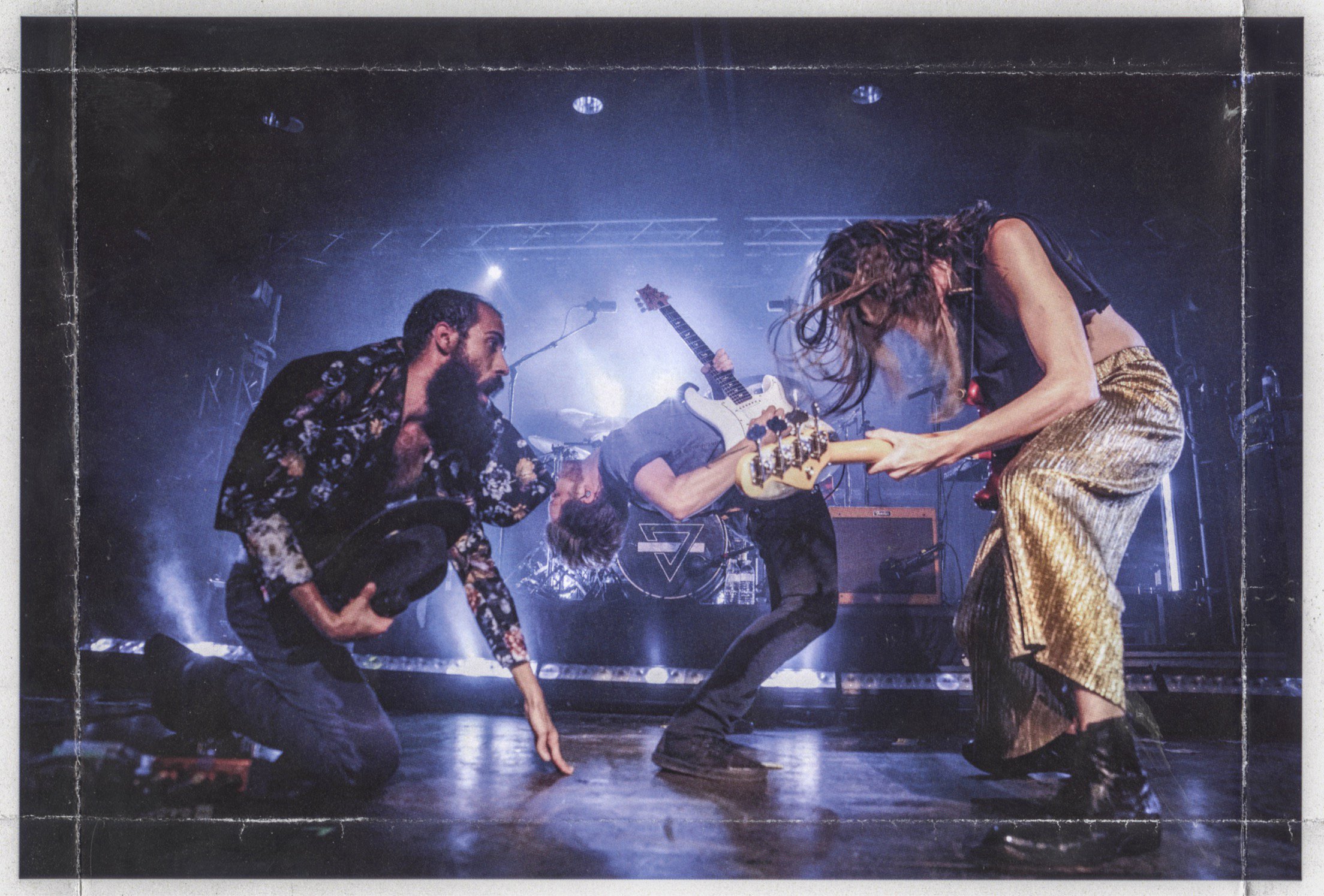 What’s in your camera bag?

“My Nikon F-3 film camera, my Sony A7R, my point-and-shoot, and my polaroid. I’m strapped up. The worst feeling in the world is not having one of my cameras. Wherever I go, I always have my point-and shoot— it’s like an extension of myself.”

Do you prefer shooting in film or digital?

“I shoot mostly film. If I take digital photos, I always print out them out and manipulate them by hand to add more feeling.”

How do you go about editing your photos by hand?

“When I’m editing my photographs, it’s how I feel when I’m looking at them— it helps to get me off my computer and Lightroom and actually edit with my hands.

I recently posted one on Instagram of my friend and it was crumpled. When I was looking at the photo, I got so mad and I crumpled it.” 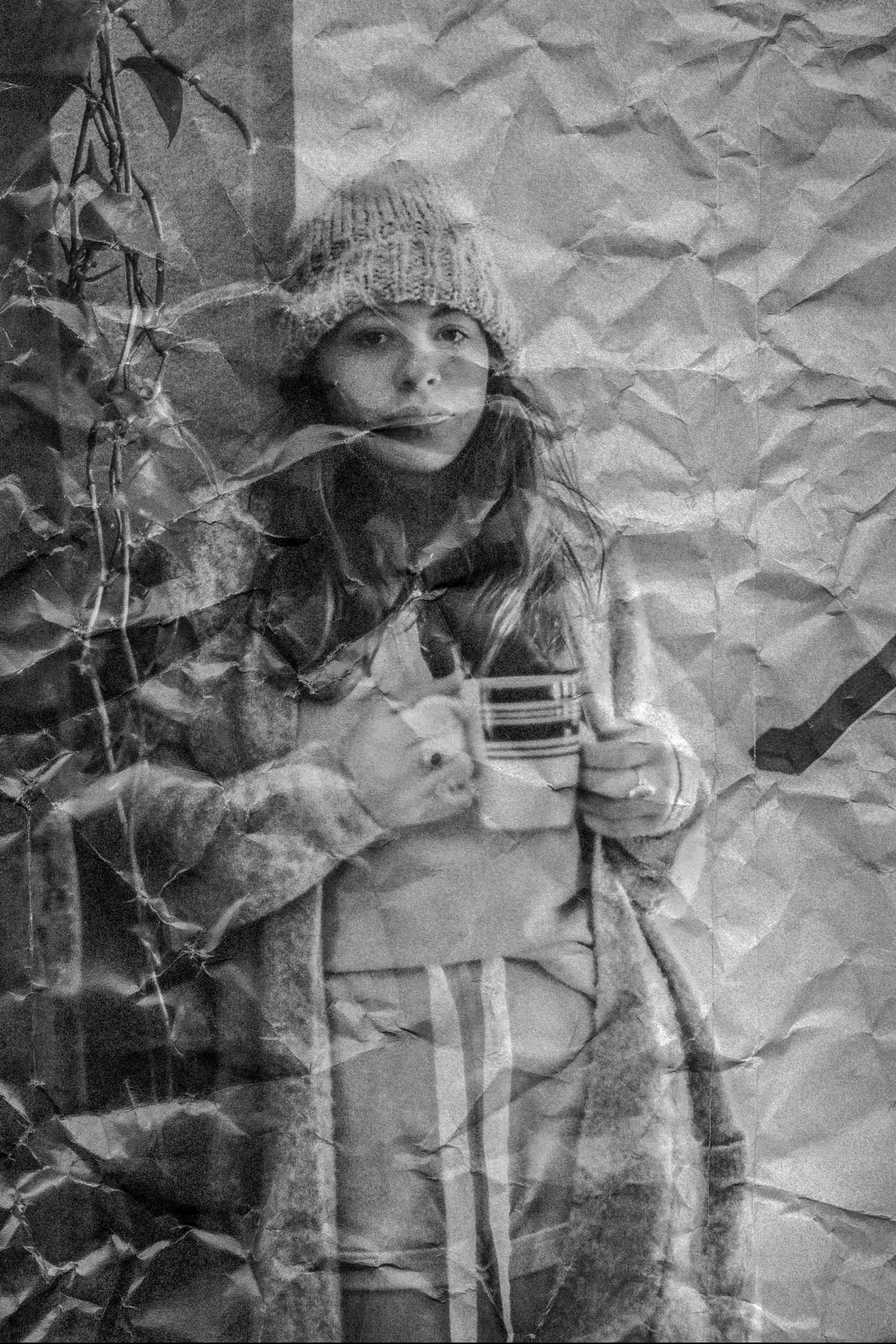 Do you have a preference of photographing people in a studio or in their environment?

“Going into film school, I was a behind-the-scenes photographer; it was the first time when I knew I wanted to be a fly on the wall. I love studio photography, but I realized it wasn’t something that I  wanted to do. Posing doesn’t do anything for me— my portraiture work isn’t posed.” 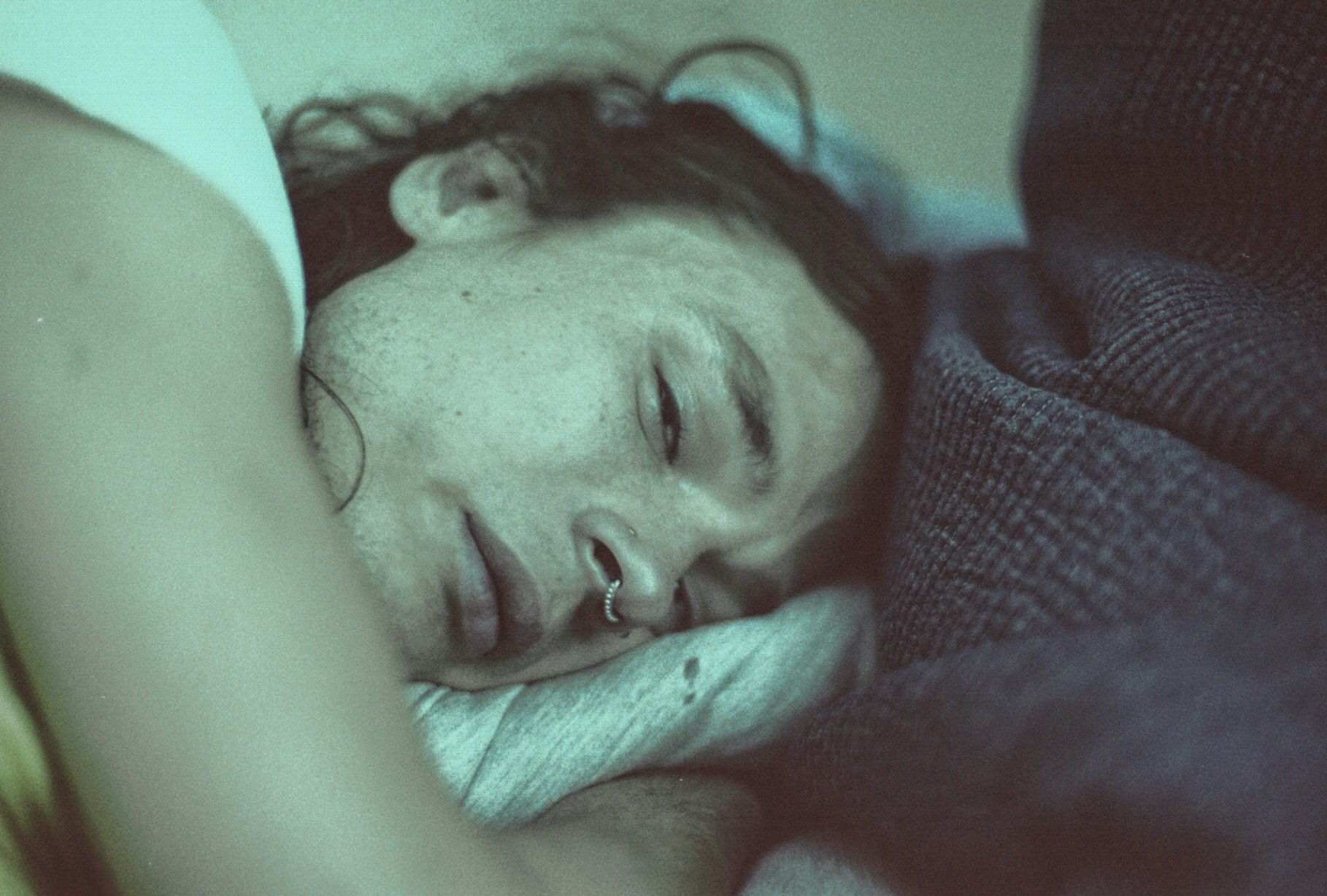 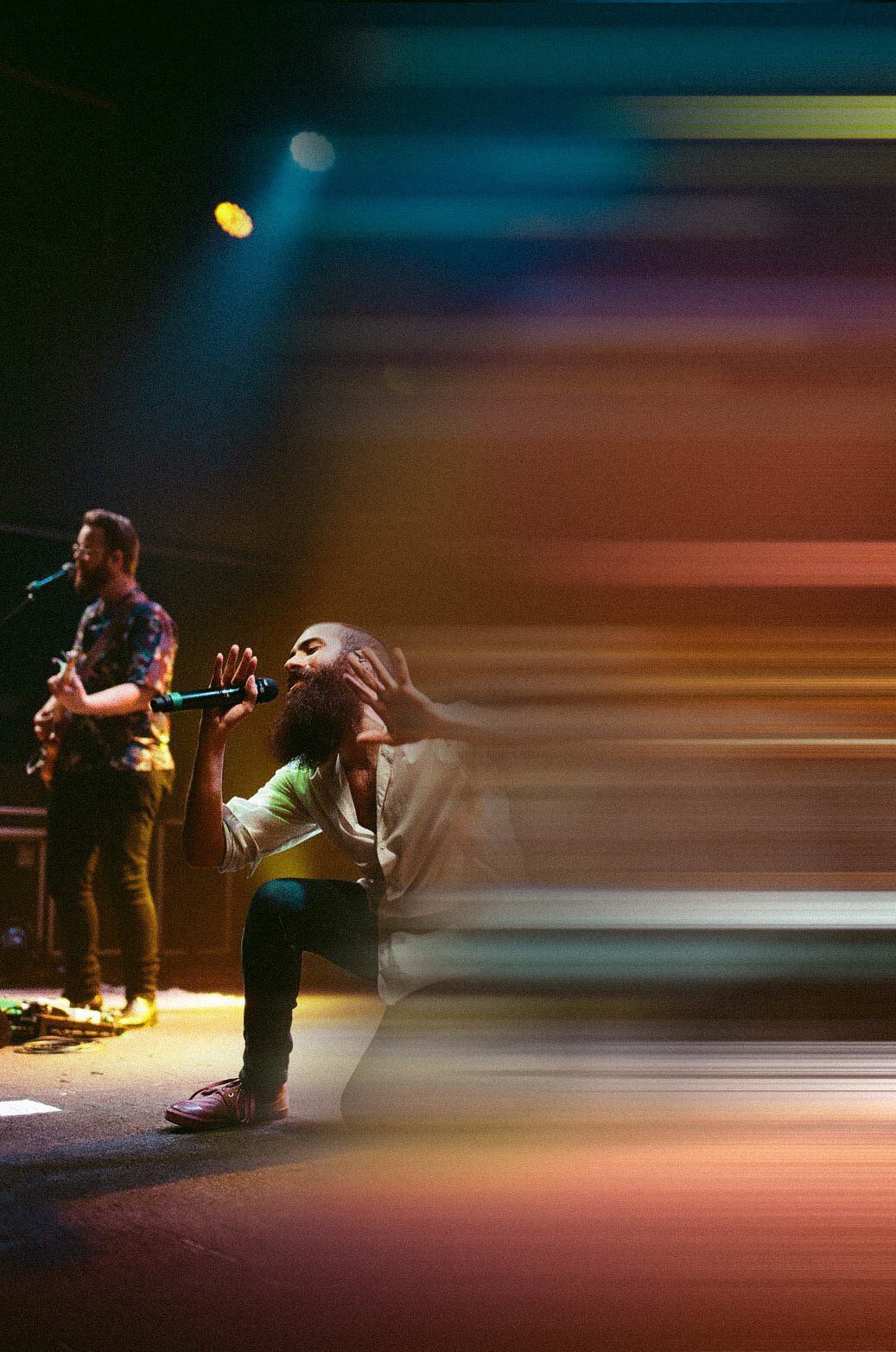 When you’re shooting a show, what makes a great shot?

“Giving a f--- about being there. You have to want to be there. My best photos are when I’m oozing energy, and I’m excited. I can see the difference in my work at shows where I didn’t have a good time.”

What advice do you have for other aspiring music photographers?

“Go. To. Shows. Stay for the whole show, stay after, find anyone from the band, send them your photos. Even if you don’t know the band, go to the show and take photos.

That’s how you practice— shooting everyday. You have to put in the work—

you’re not going to get any better sitting at home looking at other people’s work on Instagram.”

What is something that photography has taught you about yourself?

“I can’t imagine not having photography as my outlet of self-expression. It’s helped me so much with every aspect of my life— from making friends to being able to make something out of my emotions. I’ve seen my work make so many people feel things, and there’s no other way I think I could have done that.” 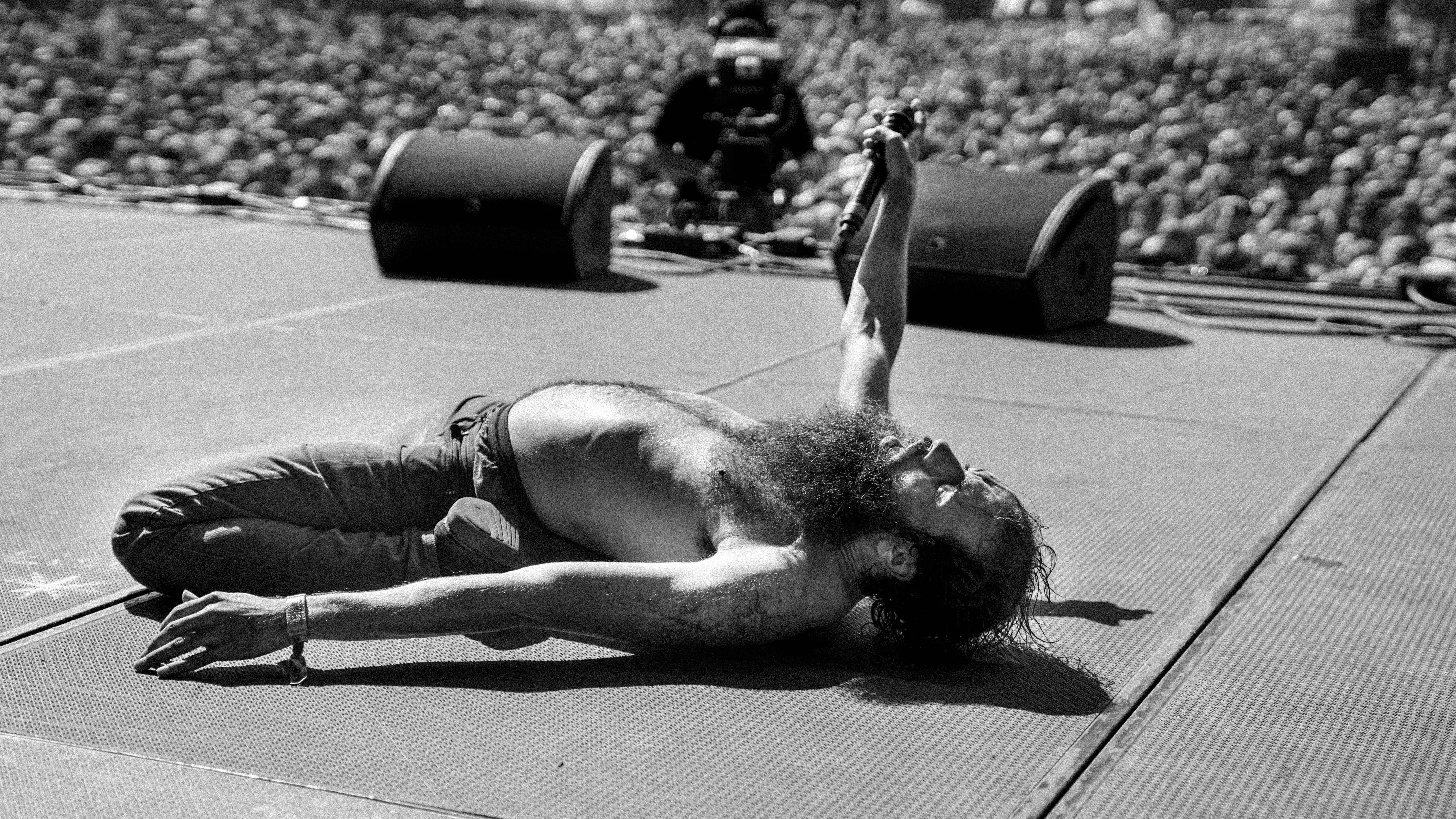