Goya Gumbani is a phenomenal storyteller, a poet, a tapped-in disc jockey, a fun performer, and an overall kind and wholesome human. I personally discovered Goya Gumbani in 2020 through his song Fight for Love featuring Oliver Palffreyman and George Riley. I played it on the radio as soon as I found it - it was perfect for my show’s theme about love and self discovery. Like a warm cup of tea with agave, a very much needed hug, and soothing tune for the heart. Let’s just say it was definitely on repeat, and even on my healing playlist!

I quickly then found Goya’s project with Kiina: The Lesser-Known. Soooo so good. My favorites were Blasé, and of course since it was the holiday season - I HAD to play Pennies on the radio too. Definitely a recommendation for your ears. 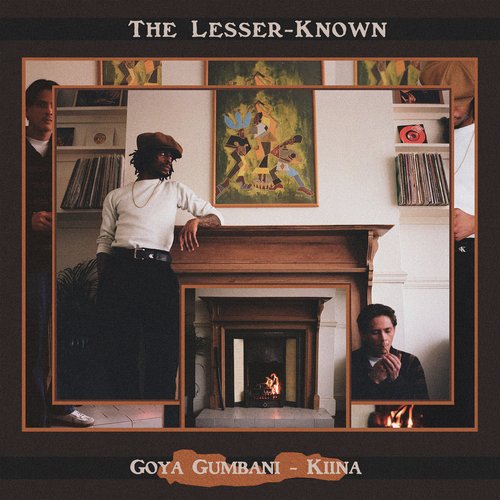 Before I get into the interview portion, I want to also shout out and recommend Goya Gumbani’s jazzy hip-hop album KRYSTIN, released in 2021 in collaboration with Subculture. Chef kiss. Fr tho - check it out if you haven't already, to its ENTIRETY.

Going to SXSW excited me because I knew it meant finding people whose music aligned with my overall message for love and passion for music. When I first met him, he was already being interviewed by two others, so I waited for a bit before jumping in. LOL his manager took a photo of us to tell me where to find them (proof that I am lightning fast). 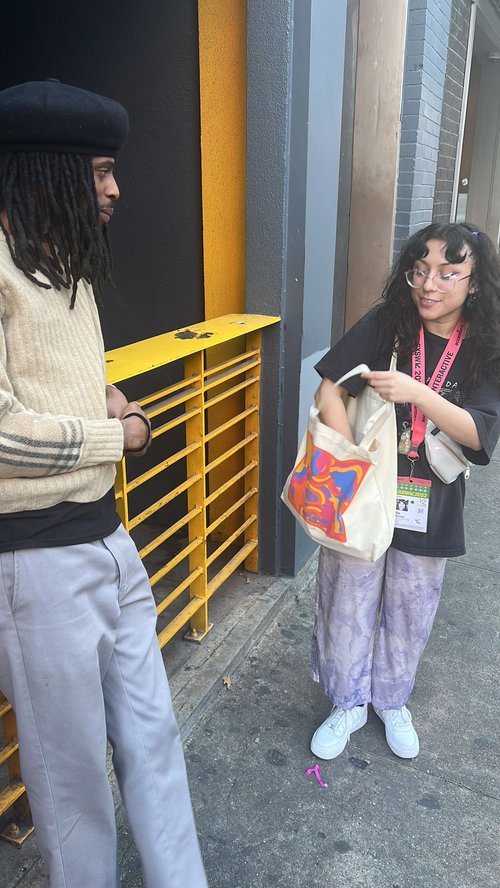 Yo, what's good? [laughs] My name is Goya Gumbani. I'm from Brooklyn, New York. We are out in Texas right now on the strip. I feel great. I feel, like, really warm. I feel refreshed. Feel quenched.

Have you ever been to Austin or Texas?

Never. First time in Austin. It's beautiful. Never been to Texas. This is like a dream come true. I've watched many SXSW YouTube performances, and I'm glad to be in the dirt, man. I'm glad to be in, like, the backyard.

Uh, Sunny. I want to use one word for, like, a great taco. Like, the greatest tacos I've ever had. And then I would say, really like one of a kind. Yeah, one of a kind. Like, the way the houses are all laid out. Like, we're staying in the east. So it's like, you know, when you go to the Texas side of GTA. It kinda feels like that, a little bit familiar. It feels like I’m in a video game. Not going to lie, I feel like I'm in a simulation. Feels good.

Your fit looks so good!

Bro. Thank you, bro. Thank you. Thank you. We've, like, just got the merch tees. Kind of fire. We like yeah, you know, we love the red, black, and green color scheme. So I had to just keep it true. And it's on Champion and I love Champion. So… not to give Champion too big of a shout out, but we are on beefy tees now. Leveled up!

Have you seen any other performances yet at SXSW?

Um, nah, I went to a few DJ sets. I'm actually lying. I went to, like, um. What’s those bars that they dance that everyone dresses up with like the nice hats and then the nice cowboy shoes… Mad cowboys… Honky-tonk! Yeah, we went to a honky-tonk. It's fucking awesome. I didn't dance. I was kind of little off some shrooms, so I didn't actually dance, but I was just taking it in, it was fucking beautiful, man. They were singing Marvin Gaye. It was these guys, like, cowboy kind of styles, the cowboy hats, the high level boots, the beautiful fucking trousers with the tucked in colored plaid shirts. Bro swaggin, bro, swaggin the fuck out. So I went to a honky-tonk. Honk tonk, whatever the fuck its called. Honky-tonkey. Yeah, that's probably the only thing I went to. I went to a couple of DJ gigs. Beautiful. Just taking the vibes in, man.

Who do you want to see at SXSW?

I really want to see Fly Siifu. I want to see George Riley play super, super bad. Poppy Ajudha, I want to see play. BbyMutha. I feel like those are, like, the key ones. I'm really trying to see YUNGMORPHEUS and Mick Jenkins - they’re playing on Saturday at Try Hard Coffee.

Are you performing Babylon today?

My sun sign, I believe, is a Cancer. I believe so. My rising is in Leo. I don't really know a lot about that star sign stuff. Does that mean I'm verified? We've got a camera following us around, and I feel at ease like.

Where is somewhere you really wanna travel to?

Some artists that inspire you?

Pink Siifu really moves me. I don't know. He's just like, really amazing. I really love MIKE, too. MIKE kind of always wows me. Um, but I really listen to a lot of old shit, you know, like, well, now I do because I'm like, really into vinyl and shit. So, listening to a lot of, like, Loose Ends, um, the, The O'Jays. Listen to a lot of those guys. Eddie Kendricks. Just like, uplifting black shit, man, you know? I feel like it just teaches a lot. Makes me at ease, you know?

BTW, Fight for Love was the song I found you with.

I ain’t gonna lie, that's, like, my favorite video. Fight for Love? Yeah, that's my favorite visual concept. Because, like, it just was an idea, and it just executed so perfectly. I feel like it really just encapsulated the song. Its what I feel is kind of hard sometimes with making videos and shit, but, um, yeah. It's always interesting to know what people are drawn to in the music, because I feel like it's just so honest. It's really internal. You know, it's really, like, internalized, like, I'm just a voice, like at this point. It's just truth, you know, it's not really like we're trying to make a jingle or we're trying to make something that's going to be like, yeah.

It's really just an expression. And I'm just mad happy that it connects with people, you know? But it's so interesting to hear, like, what is it that people are connecting to?

Good show!!!! Poetic! I felt a constant bop in my dance, so I think it went phenomenal. Loved the show, loved the sounds and the fact that Goya was more than just rapping, he was DJing for himself as well. Like okay bestie, you DID THAT !!!! 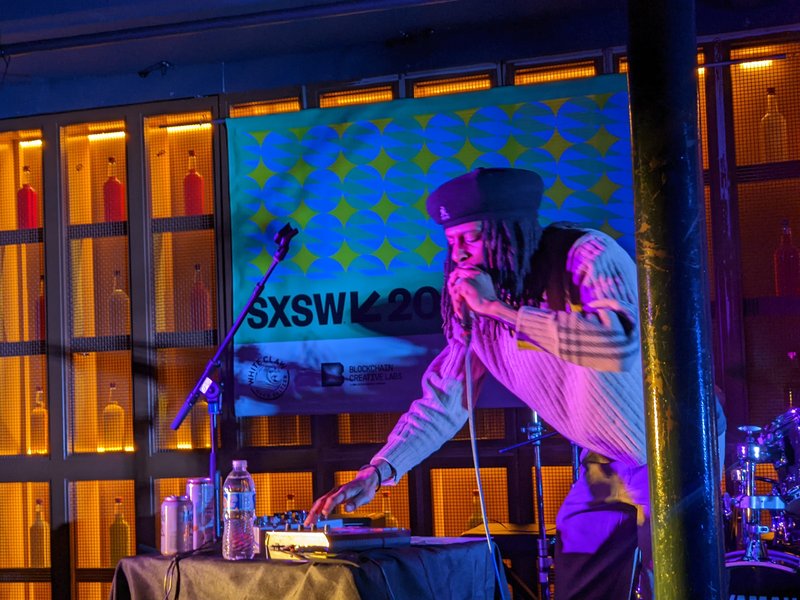 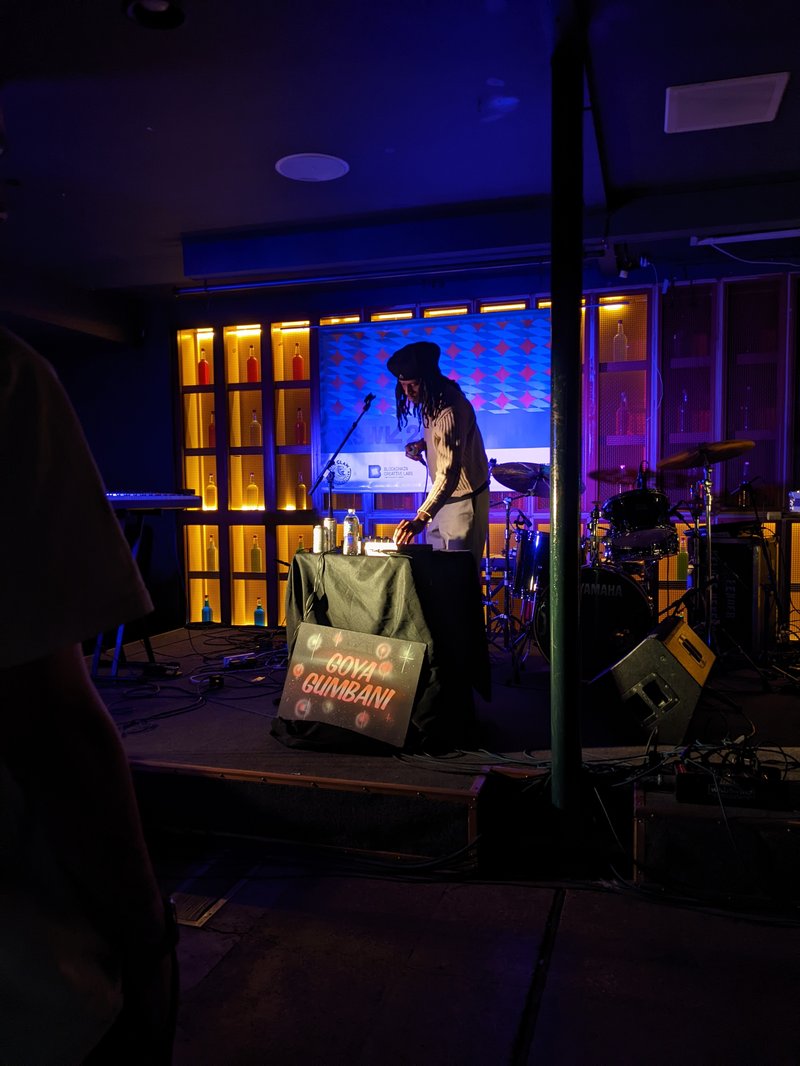 And you know what’s crazy? I went to see Goya like at least two more times at SXSW. That’s how good the energy felt while he was on stage :)

THANK YOU FOR LETTING ME INTERVIEW YOU AND BE APART OF YOUR SXSW EXPERIENCE! GRATEFUL FOR THE OPPORTUNITY, YOUR TIME, AND YOUR LOVING ENERGY!!! HOPE TO MEET Y’ALL AGAIN!! <3
- ALE / Hierba Malita