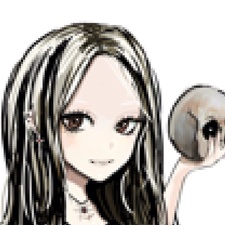 "A lobotomy, or leucotomy, is a form of neurosurgical treatment for psychiatric disorder or neurological disorder that involves severing connections in the brain's prefrontal cortex. The surgery causes most of the connections to and from the prefrontal cortex, the anterior part of the frontal lobes of the brain, to be severed.

In the past, this treatment was used for treating psychiatric disorders as a mainstream procedure in some countries. The procedure was controversial from its initial use, in part due to a lack of recognition of the severity and chronicity of severe and enduring psychiatric illnesses, so it was claimed to be an inappropriate treatment."

"There was a range of approaches to performing lobotomies. The first lobotomies involved open brain surgery. When the procedure regained popularity in the 1930s, neurologists refined the technique to make it less invasive.

In the U.S., there was a technique that involved drilling or cutting a hole in the skull to sever the connection between the frontal lobe and the thalamus. This involved the participation of a surgeon and surgical assistants.

Later, doctors altered the procedure. Instead of drilling a hole, he used an instrument similar to an ice pick to enter the skull through the eye socket and pierce the brain. This is known as the transorbital lobotomy.

Freeman claimed this method did not require surgical assistants, sterile operating rooms, or scrubs. According to him, doctors could perform lobotomies anywhere with very little equipment."