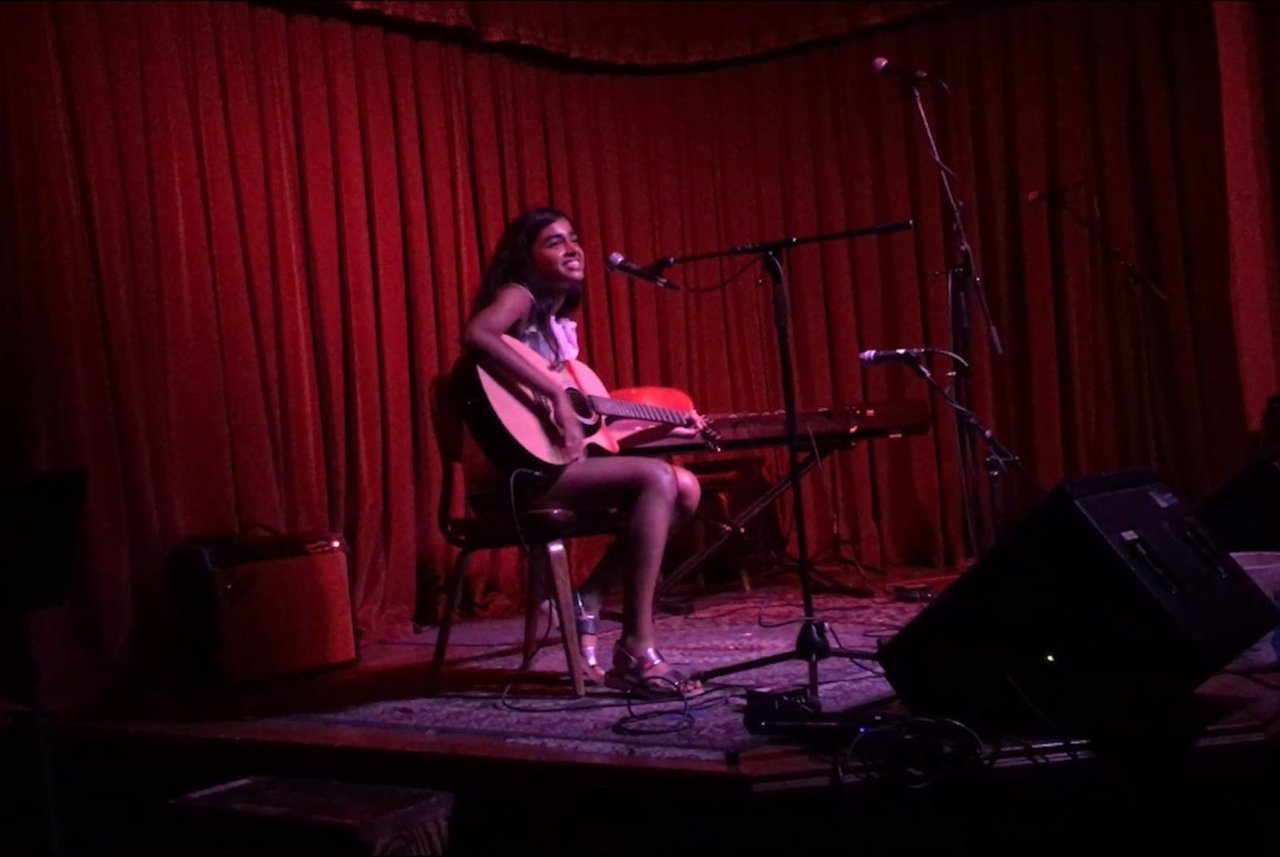 Every Monday at 7:30 PM, dozens of Austin musicians line up at the door to the Cactus Cafe, a live music venue tucked inside UT Austin’s Student Union. Monday nights are Open Mic Nights at Cactus and this draws a diverse group of creatives and their acoustic guitars. For the past two years, I have spent most of my Monday nights performing here and listening to some of Austin’s best independent artists. Due to COVID-19, the Cactus Cafe is temporarily closed and this has inspired me to reflect on the significance of this historic venue in my life and in the Austin music scene.

For folk music enthusiasts, standing on stage at the Cactus Cafe is surreal. Brandi Carlile, Alison Krauss, The Chicks (formerly known as The Dixie Chicks), Townes Van Zandt, Nickel Creek, and many other legendary musicians have stood on that very stage. As someone who played music in a Nickel Creek cover band in high school, I am still shocked that they played at the Cactus Cafe. Kacy Crowley, the host of Open Mic Night, reminds us of this before every show. The venue is truly special and is known as “Austin’s best listening room” for a reason.

With that being said, one of the reasons why Cactus is such a great listening room is because the sound production is incredible. This can also be attributed to the acoustics from the venue’s small size. However, I think the primary reason that the Cactus Cafe Open Mic is so special is the community that Kacy Crowley and the artists have cultivated. Kacy is one of the most wonderful people on this planet and is supportive of everyone that plays. She encourages all artists to stay for the full two hours and listen to the 20 artists that will play for five minutes each. She also encourages us to be active listeners by advising us to not just sit there waiting to play, but rather see what we can learn from the other musicians.

I have met many creatives that I admire at this venue. Larry Kirbo, Lefty Parker, Aidan Perez, Sofia Mock, and Julián Berdegué (Have to Have) are a couple of artists that have greatly influenced me and I probably would not have met them without the Cactus Cafe. Open Mic Night is also where I met one of my good friends, Julia Orenstein (Jules), who consistently pushes me to be a better songwriter. These artists plus many more have been some of the most supportive people of my music and I don’t think that I would be comfortable sharing my songs with others if it weren’t for them.

When I was a freshman, I got in the habit of writing one song a week so that I would have new material to play at Cactus. Even if I had a busy week with school, every Sunday night I would sit on my bed with my notebook, Pilot G2 pen, and acoustic guitar to try to make sense of my feelings in the form of a song. This forced me to push through any writer’s block that I would experience and made me a better musician. I would then sing my songs at Cactus the next day and get feedback from my friends. I used to be scared of sharing songs that I wrote with others because they are deeply personal, but I learned to focus on the music and not let my stage fright get the best of me.

If it weren’t for Kacy Crowley and the Cactus Cafe, I don’t think I would be making the music that I make today. I would have stayed scared of sharing my music with others and would not have grown as much as a songwriter. I would have happily stayed in my comfort zone with no idea of what I was missing out on. I don’t know when the next time will be when I’ll stand at the door to the Cactus, sign up to play, wait for Kacy to announce the lineup, listen to two hours of guitar fingerpicking and soft melodies, and then step onto that stage, plug in my acoustic-electric fender and play a song that I wrote the night before. I definitely took all of that for granted pre-COVID and now I miss it more than ever. However, I know that one day the doors to the Cactus Cafe will reopen and many more musicians will have their lives changed because of the magic that happens in that room every Monday night.