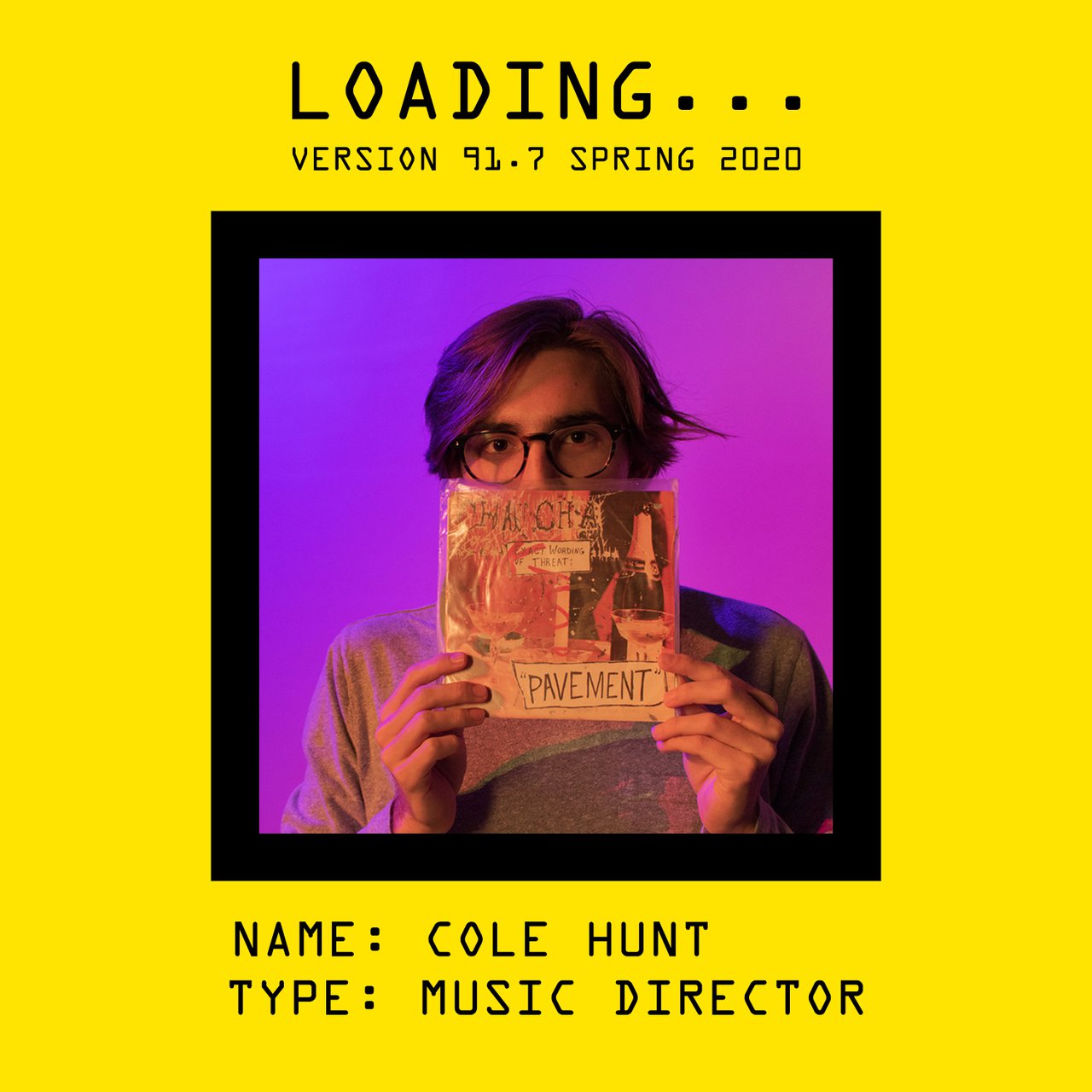 Major: MIS or Finance (can’t make up my mind)

Near the end of my first semester of high school, my parents recommended that I check out one of their favorite bands, the Pixies. Listening to “Bone Machine”, the first song off of Surfer Rosa, I thought, “What is this screamo bullshit?” Twelve tracks later I was hooked.

I have counted myself as a devotee of radio for almost as long as I have loved music. Hearing stories from my mother about the chaos of my uncle’s college show on KXLU, I was inspired to join my small town’s independent station KX 93.5 (now KX FM). After working there for a few years, I felt radio to be an integral part of my life and considered it as one of the determining factors in deciding where to attend college.

While researching UT Austin, I searched for its college station. Coming across the website, I tuned into what was playing. Hearing some Merzbow-esque noise, I thought the stream must have been broken temporarily. I then scoured the playlists. Unlike every other station I had found, I hardly recognized any of the artists; I knew something must be special if I could barely place a single name.

I visited UT in early August before my senior year of high school. After a lackluster tour of the school, I walked over to the HSM building. I met Ryan Wen outside the front door. He generously gave me a tour of the station, and I spent the next hour in the library reading old reviews in the CD jackets of my favorite albums. Ryan and I talked about how Silver Jews was underrated compared to Pavement and Teenage Cool Kids compared to Parquet Courts.

A week after my trip to Austin, I received an email from Ryan containing MP3 rips of the first two Teenage Cool Kids albums, which were unavailable to stream and that I had never found on vinyl. That act convinced me that these were the people I wanted to be around—that this was the station where I wanted to be.

After deciding to attend UT, I could not wait to join KVRX. Even before the first general meeting, I saw on the Facebook page that there would be a KVRX social event at Barton Springs. I once again walked over to HSM for the carpool. The only person waiting in that narrow lobby was Emma Walters. I eventually climbed into a Prius with Emma, Alexander Houy, and Jane Elise Palacios. You could say that my first KVRX memory was of Jane blasting Weezer at a deafening volume on the way to Barton Springs.

KVRX has expanded my musical taste more than I could have imagined. Coming into college, I lounged comfortably in the sphere of indie rock that many of us find ourselves in. Since joining KVRX, I have grown more in tune with dozens of genres, including both noise and country music, two ends of the spectrum.

Through Local Live and the Production Department, I have also found a new passion for live production. There are few feelings that match bringing another’s art to life and projecting it to an audience.

The other organization that I am heavily involved in is the Undergraduate Business Council where I serve as a representative of McCombs students. Other than that, I love collecting vinyl and going to shows, so if you need someone to record shop or see a show with, drop me a line.

Though I love radio for its own sake, what truly makes KVRX is the people. I have never found a community so united by a common passion. Though I may not share the same taste as everyone, everyone shares a love of music. Thus, I can learn from everyone. I find no greater excitement than when another DJ recommends a new band. So please, keep it coming!

Being on-air can be intimidating. Everyone messes up their first show, their first month, or even their first semester. I still make mistakes on-air all the time. But, it only gets better. As long as you want to learn from those around you, you will find yourself sounding like a professional before you even realize it.

The station itself can be intimidating. There may be groups or cliques, but everyone wants to meet new people. Come to general meetings, rotations, local lives, library shelvings, deep listenings, and shows. You won’t regret it.