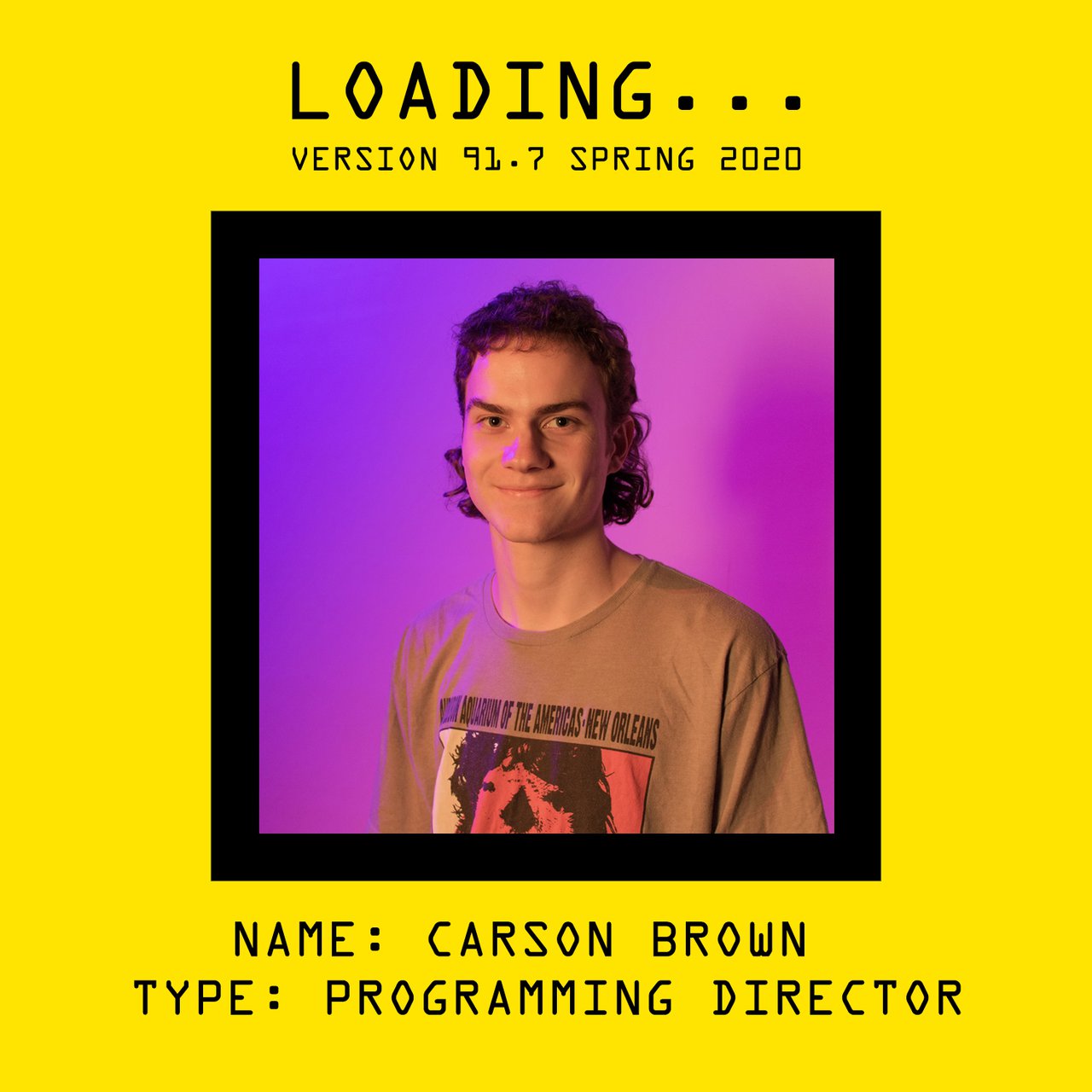 The first "favorite band" that I remember having would probably have to be Green Day. Every day when my dad would drop me off at elementary school, we would listen to the song Holiday from American Idiot. As I grew, my love for Green Day eventually transferred over to Kanye when 808s came out, which sparked my love for artists who like to push the boundaries of conventional music and songwriting.

Before even applying to UT, I knew I wanted to be a part of a college radio station. I had read of their influence on the promotion of the various -waves, proto-s, and post-s of music, and I felt it would be a cool way of expanding my mental music library and meeting other music snobs. I went to the first meeting of my freshman year and didn't talk to anyone, but I was able to force myself to sign up for a DJ training slot. Training was fun, and they made the mistake of giving me my very own show at 3 am. My life has been a movie ever since.

My first KVRX memory was showing up to a general meeting in Burdine Hall. I was really scared and I talked to no one except one of the former programming directors to help me sign up for a training time. I know, eventful. To any prospective DJs reading this, don’t be a baby like me. Make friends.

I've had 3 separate shows throughout my time at KVRX, my first one being Thursday Morning. You guessed it, it was on Thursday mornings, 3 to 4 AM specifically, and the concept was to wake the listener up with fast and loud music, and slowly coo them to sleep with progressively slower and softer music. My current show is called Tea Time with Prince BrownNote, a show where I play punk and guitar music from the UK and Ireland.

What you wish you knew before your first show?

The one thing I wish I knew at the time of my first show was how to operate the board like a boss. Fading songs in and out, messing with the knobs and faders, and looking at little lights and dials is a lot more fun once you know what you're doing.

First and last songs you played on air?

The first song I ever played on air was Those Who Can’t, Cheat by Clarence Clarity and the last song I played on air was War is Looming by HMLTD. Both songs are quite tongue in cheek, and rely on a wide array of, um, sounds, but the former is obviously much more electronically influenced, and the latter being borderline honky-tonk. So, in a way, my music hasn’t changed much in terms of sentiment, but I do still cringe when looking at my old show playlists.

Like I said earlier, get over your fear of being in unfamiliar spaces and seeing unfamiliar faces, and you’ll meet some of the coolest people you’ll meet in college.