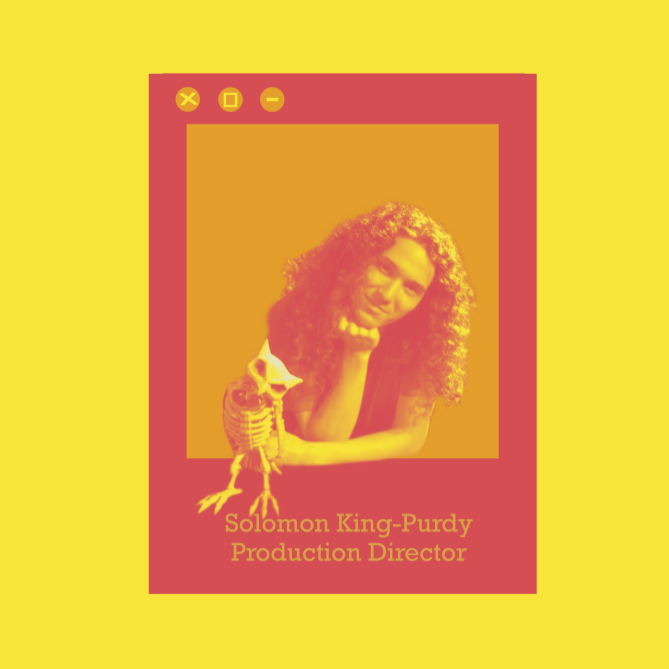 I went to a TSTV meeting and saw a Local Live promo, it looked really fun. I then went and worked for five different TSTV shows and burned out almost instantly. I only ended up sticking with Local Live because it was the only one I both was interested in and felt welcomed at.

Rare Bloom. The first Local Live set I worked on. It was so much fun and it's where I first met Local Live legends Lydia and Ben. I got to help out with audio, and they were so open and accommodating to new volunteers that I immediately felt welcomed. But what tipped it over the edge was that as soon as we finished, I went on my first ~KVRX goes to Spiderhouse~ right after. That welcoming community, accessibility, and involvement instantly made me want to stay. Plus, the live show was pretty good.

I named it that because in the past I've told myself that someday I'll get to work in music and entertainment, and well... it was here, so welcome to someday.

I don't remember exactly where I got the name from. I think it was a comedy artwork YouTube channel or something, but I just loved how that sounded. I almost changed my name to DJ Tygbear because of that.

Late at night I'd play folk, acoustic, and chill music to ease people out to the week. This was also the first show I worked on where someone called me in the booth. They said they loved what I was playing and that my chill vibe made their week. It melted my heart.

And finally, my last show before the world got shut down was Audio Historia. This was my favorite. Karoline Pfeil and I would host this two-hour specialty show together and each week we would pick a different genre of music from Vaporwave to Chopped & Screwed to Math Rock and Shoegaze. We would deep dive into the genre's history and development, and even play a couple important songs from the genre's history. Sadly, we never got to finish that show.

But the biggest and honestly the most important (and the greatest) show I worked on was Local Live. My final year at UT and KVRX I got to take up the mantle of Production Director and book, host, and "broadcast" Local Live on air and to TSTV. Even though it's been hard thanks to covid, it was still a success. I got to host artists like Chucky BLK, Sheverb, Tyler Jordan & The Negative Space, and even Quiet Light.

This was the first position I held. I learned what I know thanks to the great Steven Leftovers (Evan Stack).

Following that, I became the first (and so far, only) Post-Production Director under Lydia Fortuna. She taught me almost everything I know about audio, is one of my closest friends at KVRX and is one of the coolest people I've ever met.

And finally, I was, and am, the current Production Director. Managing KVRX and TSTV's Local Live series as well as booking and planning our Unplugged series with the current Video Director, Matt Lewis.

I've always enjoyed music, but I kind of always had a more distant relationship with it. It was nice, but that was it, I didn't listen to much outside my folk and alternative rock niches.

Thanks to KVRX and Local Live, I've grown so invested in music, the music business, live music, and music-making. It is thanks to my time with KVRX and Local Live that I dedicated myself to becoming an audio engineer. It is thanks to my time here that I became invested in learning how to live-produce sets and freelance to produce music. It's why I have kind of become a music critique (I hate that term, but I can't think of a better one) and deep listen/analyze numerous albums. It's even what got me back into wanting to and actively learning how to play guitar and make music again.

I'm working hard to try and actually learn how to play the instruments I've had collecting dust in my apartment for years again, and so far, I'm making great progress. I've been producing music for other people lately. I was working on film sets and intend to get back to that as the pandemic dies down. My latest project is to listen to and review every album from the latest "Rolling Stones' 500 Greatest Albums of All Time" list, and so far I've done one per day for 40 days in a row non-stop.

My favorite part of KVRX is and probably will always be the opportunity to actually work in the music business thanks to Local Live. It may seem like stakes are low at times, but I got to work in essentially a professional environment with career musicians and extremely talented staff members. I was given the opportunity to actually get hands-on experience in a real environment you could get while also being given the freedom to learn and experiment. I got to try multiple different positions and work for various departments and with all sorts of bands and artists. More so than anywhere else in my college experience was I given the opportunity to try my hand at and actually figure out what I wanted to do with my life and career.

Also, let’s not forget how amazing KVRX fest was. That was a weekend that will stick with me forever.

It may seem daunting, either the workload or the number of opportunities. But it is 100% worth it. Volunteer for every department, host different types of shows, get a staff position, get as involved as you can because this is real work experience with extremely cool people and an opportunity to try anything. It may sound like a gimmick when you hear that "you can do almost anything you want in KVRX," but you'd be surprised how much you can actually do and how easy it is to try everything.

And don't be afraid to stand out and be yourself here. We all standout; we're all a little weird. But that's what makes KVRX cool. You'll find every kind of person here and there's always going to be someone who can help you out with pretty much anything.