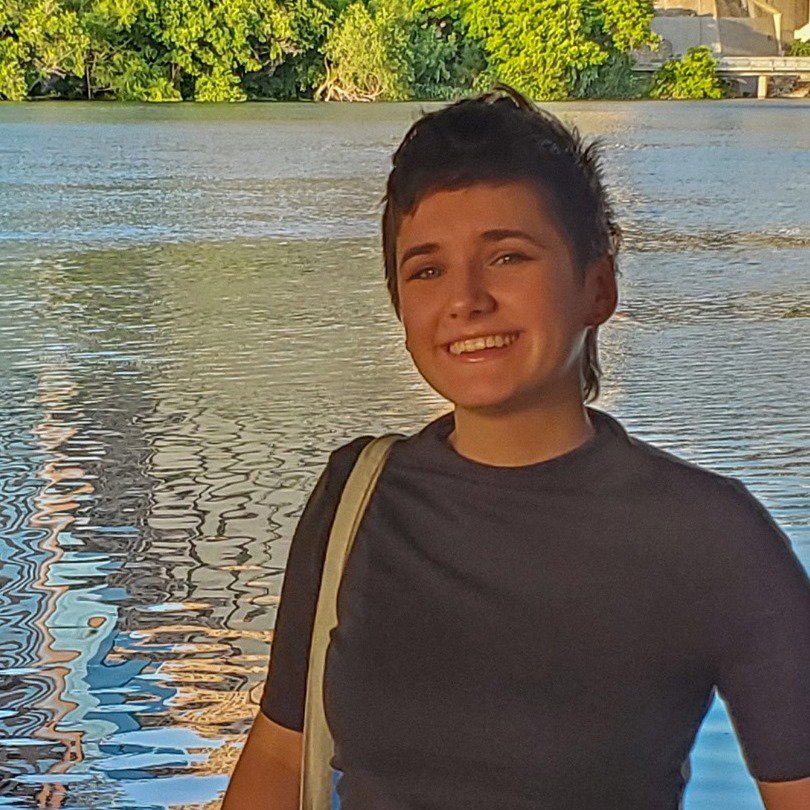 Most recently, I hosted What's New? on Thursday nights, and I played the week's newest releases across all genres. Before that, I spent 2 years worth of Friday nights hosting an electronic show Hot Mix / Crying in the Club where I mixed my favorite club tracks on air (shoutout to my short term co-host Karl Weizer <3). It was a lot of work prepping mixes every week but I got a couple of live DJ gigs off of it. :)

I’ve always been a quiet person, floating between friends but always wishing for a more solid group of pals. Joining KVRX, it was kind of like Eric Foreman’s basement - someone’s always there to just hang out with. Those afternoons of hanging out with DJs around the station then meeting up later that night to keep hanging out were always my favorite. Honorable mentions: SXSW 2018, Grateful Dead Cornell ‘77 deep listening party, and all the birthday Trudy's celebrations.

KVRX has validated how important music is to me - for some reason I've been playing music since I was a kid but spending so much time talking and learning about music made me finally realize this is it for me. I'll always be searching for new undiscovered music now.

Smith and Jones Forever - Silver Jews: American Water is the ultimate road trip album. So many memories of driving out to West Texas with this record playing. RIP David Berman.

Shark Smile - Big Thief: Adrienne Lenker and Big Thief have been such a wonderful discovery since joining KVRX. It already feels like classic college radio.

Cut From the Vine - LVL UP: I think this band called it quits a few years ago, but this track was one of my first new bin finds when I started at KVRX. I spent days listening to that first playlist over and over making sure it was just right (and cool enough to impress the seniors). It definitely wasn’t, but I’m glad I had this song. Big nostalgia now.

Back When I Was 4 - Jeffrey Lewis: Few people can tell a story the way Jeffrey Lewis does. I’m so glad he got to come do an in-studio at KVRX this year, then Eli, Cole, and I got to go to the show at Cheer Up’s that night. I cherish it!

Hasty Boom Alert - m-ziq: One of my favorite electronic tracks. It’s so expressive, melodic, and the drums go so fast.

Hey - Pixies: A classic. Absolutely brilliant song! Kim Deal was such an inspiration to me when I started learning bass in middle school. I begged my band at the time to let us play it, but they said only if I sang it too, so my dreams were dashed.

In the Mouth a Desert - Pavement: Thank god I figured out about Pavement when I did. Big ups to my Pavement cover band members, we were named Cement and played two badass shows at Hotel Vegas and Cheer Up’s before sadly disbanding.

Pathfinder - Touche Amore: One of three songs that make up the best album opener of any hardcore album. Unlike a lot of bands from the scene, Touche Amore’s music has only grown on me more with the years.

Next Level Charli - Charli XCX: The ultimate party with your friends track. I feel so happy listening to this, it makes me think of my friend Ariel.

Man to Man - Dorian Electra: Dorian killed it with this record and it means so much to me. I don’t feel like we see enough queer representations of masculinity, and this record was exactly what I was looking for. They are such an inspiration and amazing performer. :)

This Is How I Disappear - My Chemical Romance: If KVRX allowed it, I already know who I would co-host an MCR analysis show with. I can’t believe I never realized how insane and theatrical this band was. I was so emo as a 13 year old it just seemed normal at the time.

First Day of My Life - Bright Eyes: Every time I think I will get through this song without tearing up but by the second verse I’m always done for. Anywhere, anytime! It’s corny but really sweet that music can be that powerful.

Walking the Cow - Daniel Johnston: This is another song that can always make me feel it. Such a beautiful song from an amazing artist. It was really beautiful the way all of Austin came together when he passed last year, a true demonstration of how music connects.

Liquid Smooth - Mitski: I could have put “Your Best American Girl,” but ya’ll already know!! This song is a sleeper hit with some of Mitski’s best vocals imo.

Texas In My Soul - Willie Nelson: I moved to Texas in 3rd grade and it was a really tough cultural adjustment, even for a third grader lol. I missed the multiplication unit, and I’ve just been guessing ever since! But I’ve really grown to love this state and all the people in it, it’s definitely part of me now.

Look On - John Frusciante: My all time favorite artist. This song is a good reminder to keep a perspective on things, and notice the ways life is just kidding. Things will be ok. :)