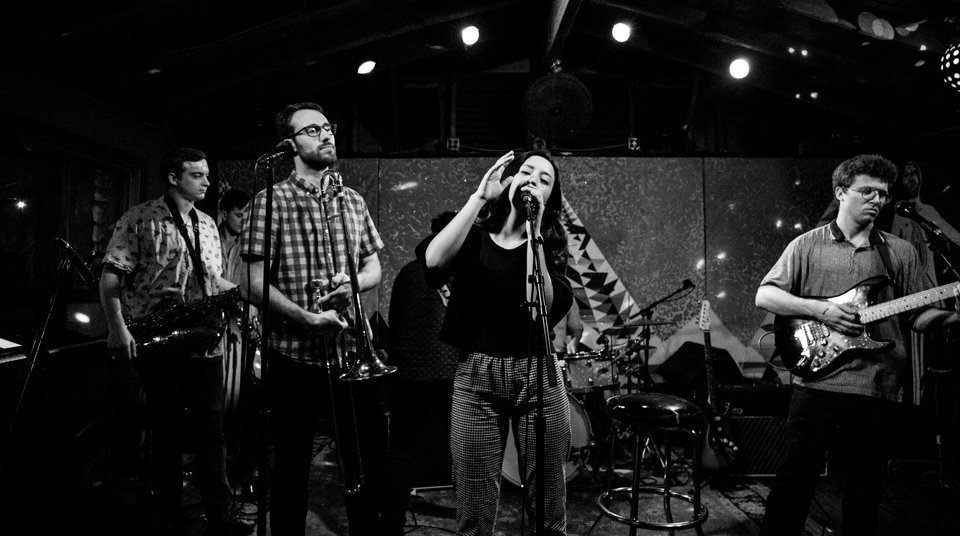 We sat down with the band’s lead vocalist Ariel Herrera before their Local Live set to talk about their recent album, their creative process, and future plans and goals. You can catch their next performance at the Pecan Street Festival on September 23.

KVRX: How are you doing? We are excited to hear you all play. I was listening to some of your stuff, you guys released Shoulda Coulda Woulda almost a year ago. Tell me how’s it been since? [...] How has it changed the bands dynamic, lifestyle, and what have you all gotten out if that?

Ariel: So about two years ago we moved into a house together, so that has been pretty cool. 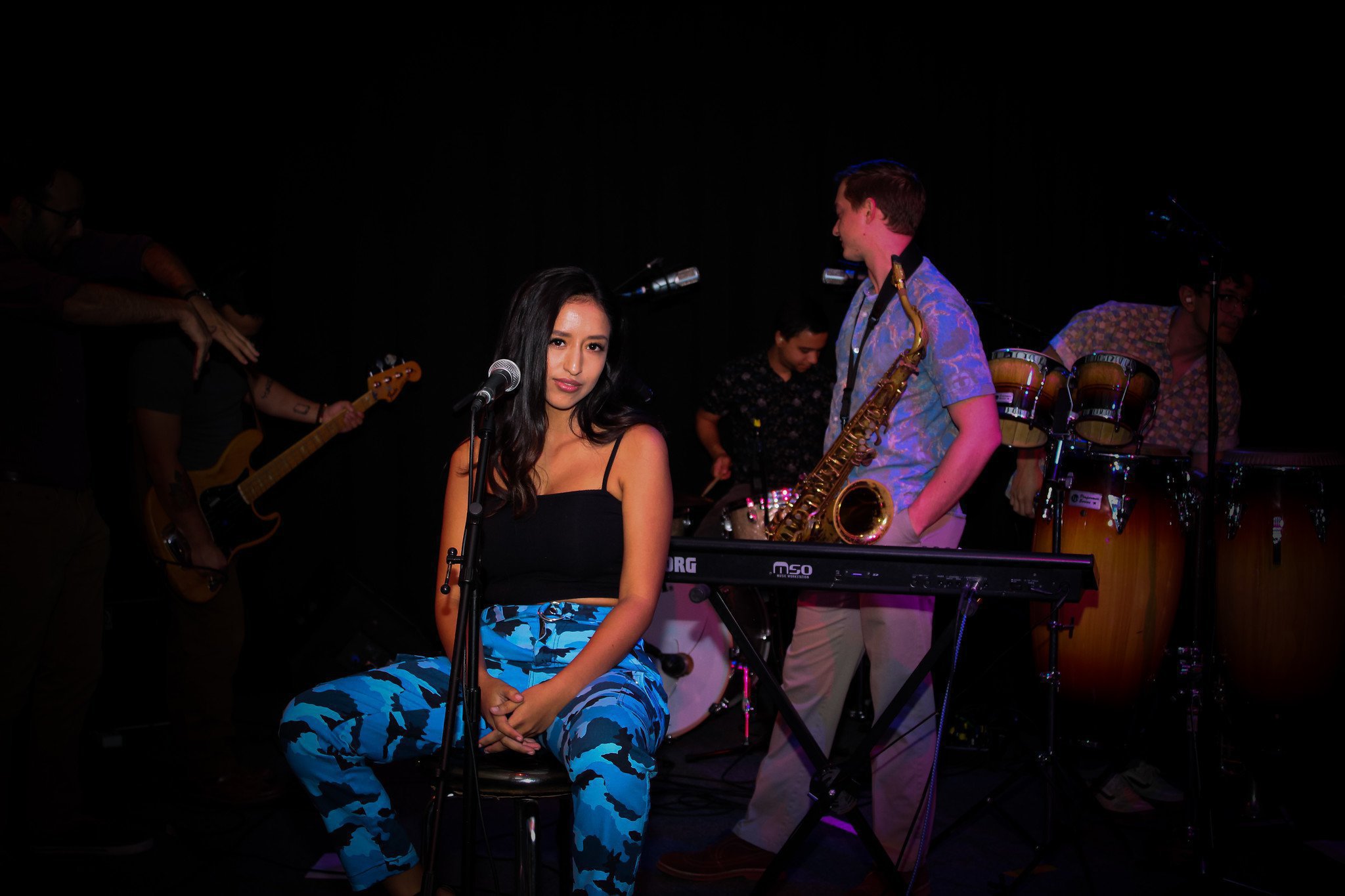 Ariel Herrera and the rest of Chief Perch setting up for their Local Live set.  All photos by  @jessie.austin512

Who’s "we all"? All of the members of the band? All seven in one house?

So there's six of us who live in the house. We have a duplex basically but we have both sides of the duplex, so half of it is the studio side where we have a full soundboard and all our instruments set up and everything.
On the other side, we have our dining room, and all the TVs on the wall and stuff so we can play video games. So yeah, we moved in [...] shortly after we released the album, and we’ve just been playing a lot of shows since then, almost every weekend actually.

Have you seen a growing number of attendees at shows? How have your live shows been since the record?

Yeah, we have! We almost sold out our album release, we were a few people away from selling out at Empire. We’ve been getting more of a following definitely.

That must be very rewarding, How long has the band officially been together?

So the guys have been together a lot longer than I’ve been a part of it. Nick and Jacob, Nick is the drummer and Jacob is the saxophone player, they have been friends since middle school or elementary school or something like that, and they have been playing music together since forever.
Mason, Nick, Jason, and Logan all went to high school together, so they’ve been in a band since high school. It used to be called The Bare Feet, and they have had a lot of different members. They had a different singer, and when I joined was about five years ago - which is crazy. We were all in high school still. It was my senior year. And [...] we decided we were gonna go a different direction musically, so we decided to change the name of the band to Chief Perch and that's where we've been ever since.

Nice! You’ve been described as having a lot of different genres in your sound right? I pick up a neo-funk or jazz vibe. What inspires the bands unique sound?

Honestly, all of us are so different musically, it's pretty crazy. Some of us are classically trained and some of us aren't, and we all listen to different kinds of music. I feel like all of our different styles combined make up the sound of Chief Perch if that makes sense. So yeah, we're all open to sharing with each other new music. 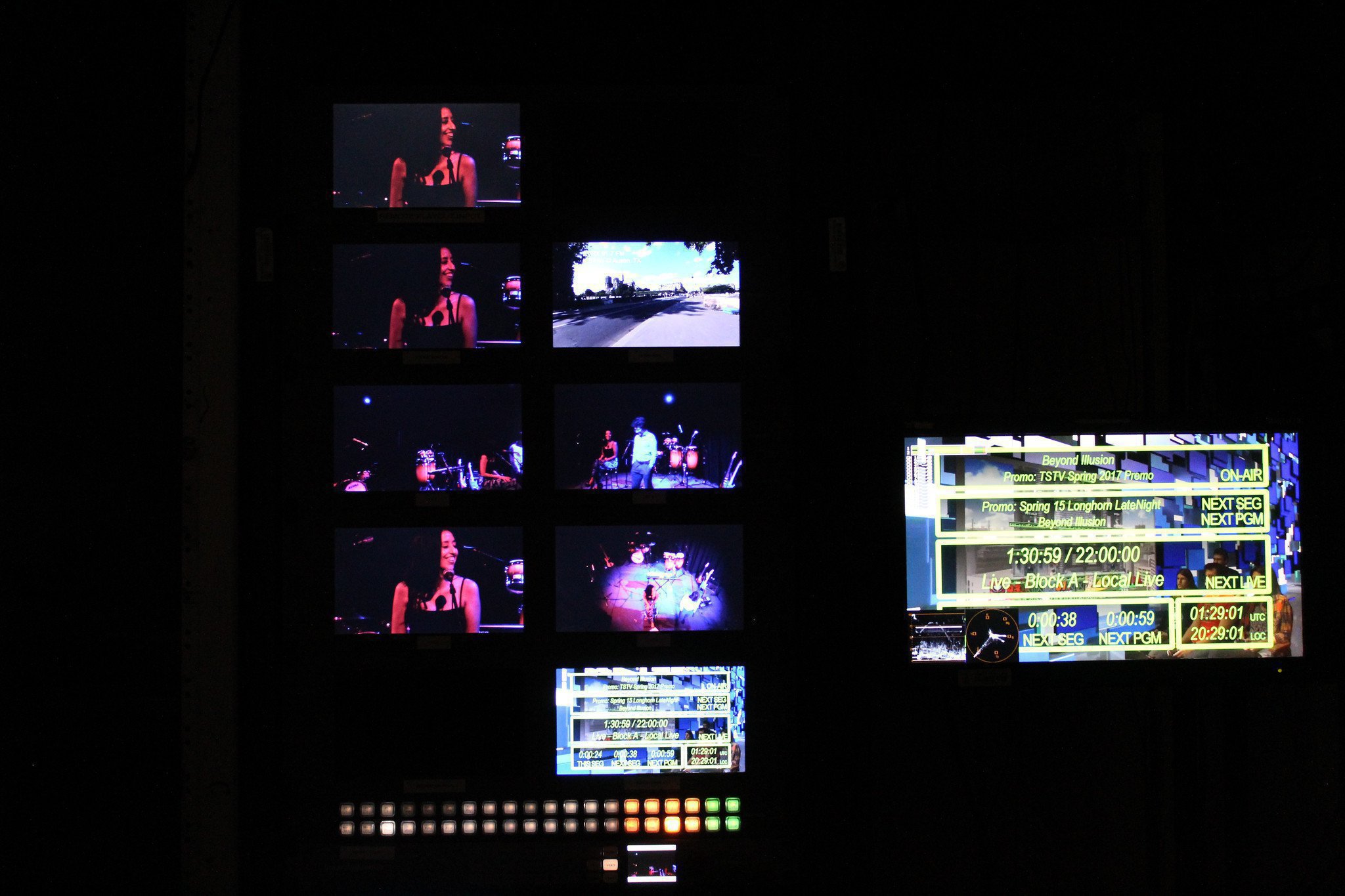 Behind the scenes of the Local Live Studio. Photos by @jessie.austin512

That's awesome. I’m sure you can’t speak for everyone else, but what do you bring to the table? What’s your style?

I grew up on Aretha Franklin and like soul. I love soul music. 90’s R&B is my favorite so I feel like I bring all of the runs and stuff. Being in a bigger band you kind of have to tame down, or at least I do. There are so many sounds going on and I really want the horns to be noticed, and everyone else to be emphasized if that makes sense. I have to know when it’s my time to hold back from all the runs because if I could I'd run all the time. But yeah, I would say my style is R&B, some of the other guys, classical music, and others like rock and roll. Just everything different, you know?

Yeah, I think I picked that up when you guys were warming up. Everyone was playing something totally different.

Yeah! Everyone works through Ableton doing producing and stuff. So we do a lot of electronic music on the side so we all make beats and stuff, too. There are a lot of genres being thrown at us all the time.

That’s awesome, makes for a unique sound. That leads well to my next question: with so many people in the band, what’s the songwriting process like?

Usually, it's one person bringing in chords and everyone just builds on it from there and we all put our take on it. Since there are so many of us, you would think there would be a lot of conflicting opinions. Sometimes there are, but we all, for the most part, are usually on the same page about where we want to do with a song.
It’s kind of about trust, all of us have different opinions and we voice them at practice. We're writing all day every day because we all live together. It’s easy, some of us will be at home, we’ll work on it, and then other people will be home and they will add onto it. 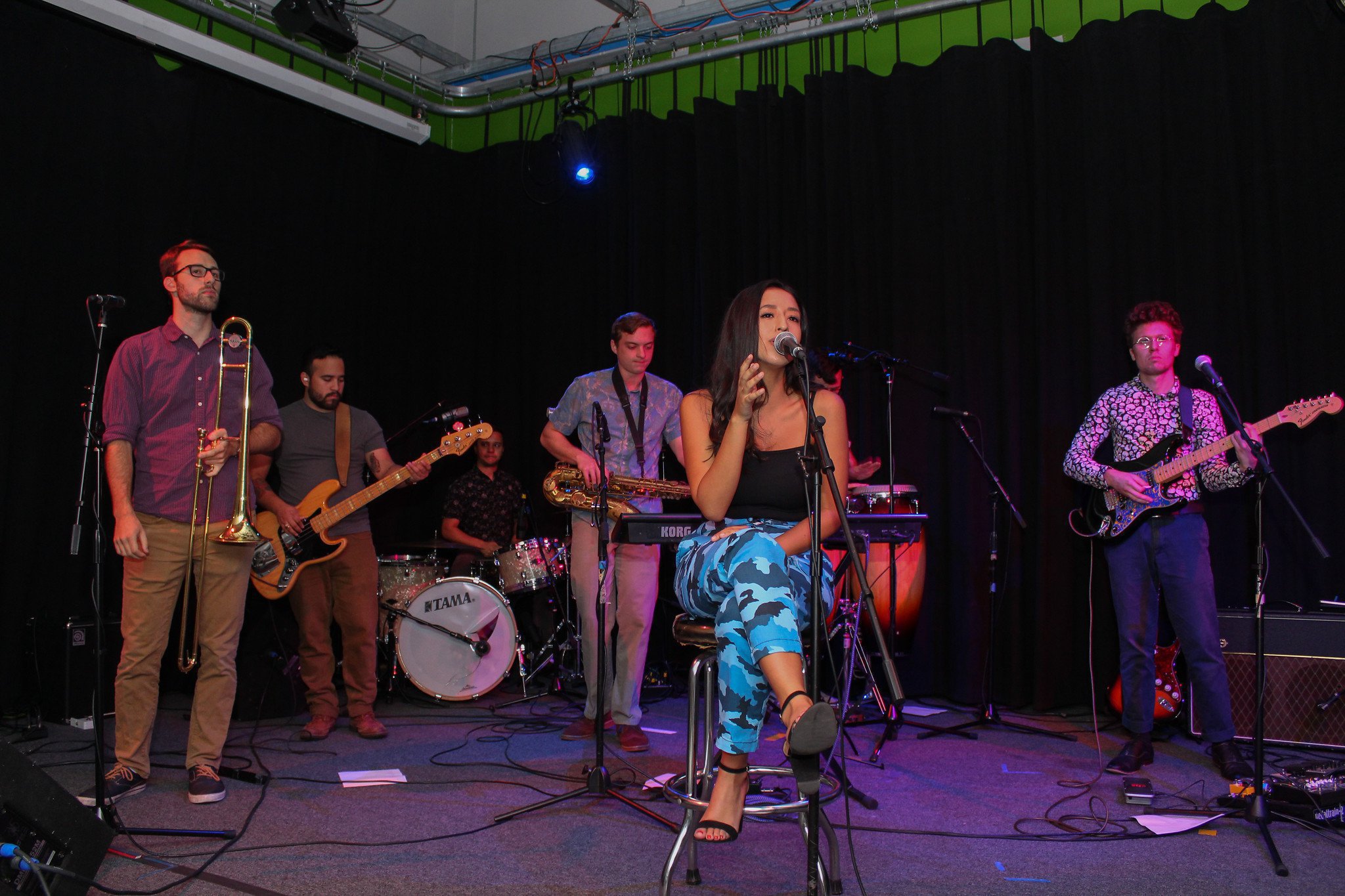 That is a lot of trust in making your band your family.

Yeah, it's so much fun living with them and being able to have an outlet all the time pretty much. Just walk over to the other side and work on music. They’re all like my brothers, we’ve been together a long time.

So I guess that leaves me with just one more question. What is next for Chief Perch? Are you expecting a new album? What does the future look like for y'all?

I think [...] our problem was we wanted to be a little more electronic on stage and we ran into a few problems with that so we stripped back. That's what (you’re going to hear during the set), but on our album, if you listen to it on Spotify, is very electronic heavy. So for our next album, I think we are going to focus more on electronics, mostly focusing on catchy hooks and stuff like that. We’ve been working on a lot of new music recently and we’re hoping to release some of that soon.

Do you have any idea on when what will be?

If you give people a date they will be kind of expecting that. We did that (with our last album) and it was so late, [...] almost a year after that, and so now we are very skeptical on timing. We don’t want to rush it, we want to be able to make sure that all of us really like it before we put it out. I think I'm going to be getting on keys soon. There's gonna be a little bit of instrument mix-ups in our band too. So yeah, we’ll see how it goes.

Sounds like we will hearing more from you guys soon enough. We look forward to seeing you grow.

Local Live is every Sunday at 10 pm on KVRX and TSTV. Keep up to date with us on Facebook or Instagram.