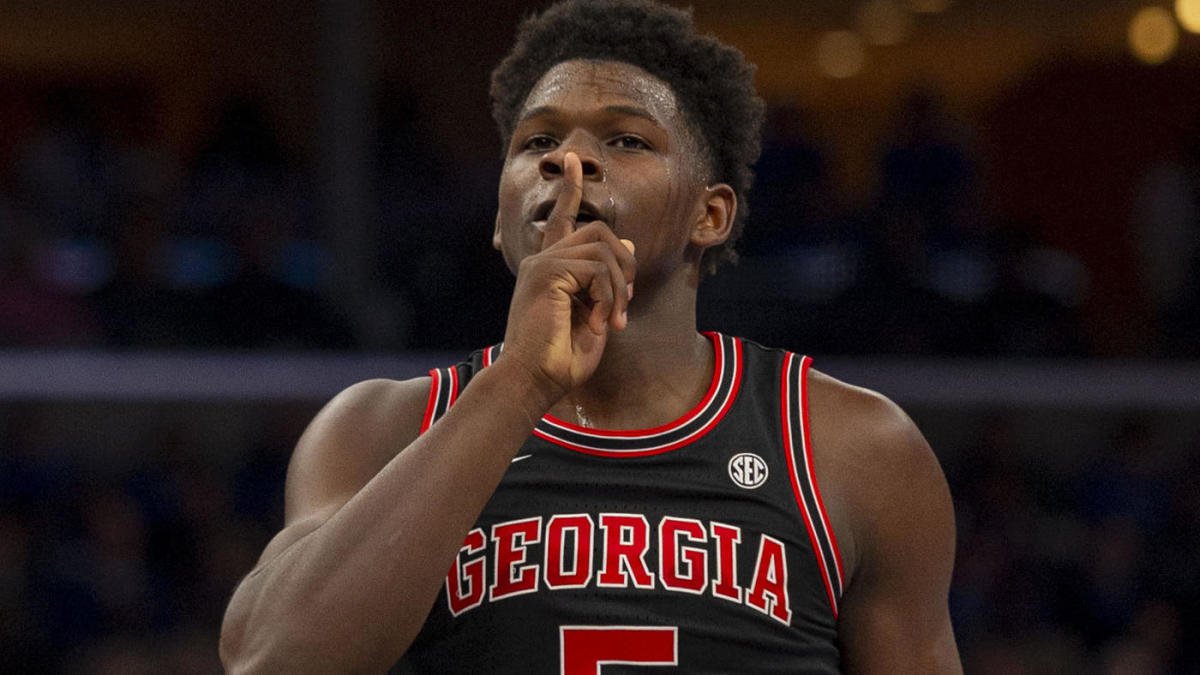 When the Lakers emerged out of Orlando as champions following their success in the 2020 NBA Finals, much about the upcoming season was still shadowed by uncertainty. Now, a month later, we know a bit more -- but still not too much.

One thing we can be sure of is that a consensus has finally been reached is for the league to commence its next season on December 22, giving teams only about a month more to prepare. “But wait!” you might be saying. “What about the draft and free agency?” You’re right; in the span of just a single month, teams are going to have to deal with altering their rosters and learning how to adapt with new players and coaches. Sounds like a tall order, right?

Today, I’m not here to discuss the logistics or the feasibility of this plan. Rather, I’m going to attempt to regain some sense of normality for this bizarre offseason by constructing a good old-fashioned mock draft. Given that this is a notably weaker draft and teams are likely still scurrying to make decisions, all of these picks are subject to change. However, I’m going to give it my best shot and chart out my predictions for each lottery pick based upon the players and the needs of the teams selecting them. Let’s dive in, shall we?

Consistently considered to be one of the stars of the draft, Anthony Edwards is almost certainly going to be one of the first players to go. A phenomenal guard who can score from almost anywhere on the court, Edwards would fit in perfectly alongside Karl-Anthony Towns and D’Angelo Russel. Watching this guy play in college is like watching a force of nature wreck havoc; he’s already perfectly built for the NBA, and his transition isn’t likely to be very difficult. Despite many lauding his fearsome drives and versatile defense, there have been plenty of criticisms raised regarding his lack of effort and playmaking. If he’s going to cut it with the pros, he’ll have to iron out some of his inconsistencies

Another player that’s almost a lock for staying in the top 3 picks, James Wiseman is a phenomenal pickup for the already-stacked Golden State Warriors. Some have called him a “high-energy Hassan Whiteside,” and it’s easy to see why; he’s an athletic marvel who certainly doesn’t shy away from skyrocketing through the air to capitalize on lobs. Of course, with the offensive firepower of Steph Curry and Klay Thompson already secured, Golden State will likely be pursuing Wiseman for his elite defense and phenomenal rim protection capabilities. Although he may need to get used to playing in a professional setting and needs to work on his lateral quickness, Wiseman is a player that you can’t help but have high hopes for.

In dire need of a solid center (and a whole lot more, but mostly a center), the Hornets definitely can’t go wrong with picking Okongwu. Many fans were captivated by Bam Adebayo’s phenomenal performance this offseason, and Okongwu is shaping up to take on an incredibly similar playstyle. His handling is absolutely phenomenal for a big, allowing him to act as a terrifying threat near the rim as well as a solid passer out to players on the perimeter. That alone would make him a lock for most teams, but when you factor in his exceptional pick-and-roll defense and versatility on defense, there’s little chance I see him falling out of the top 5.

Oh boy. This is an interesting one. While I must admit that I’m not the biggest fan of LaMelo, I can certainly see why front offices across the league are yearning for him. Watching his highlight reel is nothing short of jaw-dropping; the passes he gets off put him up there with some of the league’s best. Of course, like his brother Lonzo, this comes at the cost of having a disgusting shooting form and an overall lack of discipline. While he could certainly have a rock-bottom floor, the potential for a sky-high ceiling makes him incredibly attractive for a team like Chicago that needs a spark to get them out of mediocrity.

Putting Deni this low honestly feels a bit wrong; he’s been an incredible international star during his time in Israel. His greatest asset is his playmaking prowess; he may not make as many flashy passes as LaMelo, but he can read the court just as well (if not better). He’s not afraid to drive to the rim either, and he can shift speeds just as well as a guard to shake defenders. Avidja’s also a phenomenal team defender who can rotate exceedingly well despite his lesser athleticism (although he struggles against faster players one-on-one). His high IQ and defensive prowess make him a steal for the Cavaliers, and if he can work on his streaky shooting, he may just end up being one of the brightest stars in his draft class.

A high-IQ wing is exactly what Atlanta needs. Isaac Okoro fills that niche perfectly, and his playstyle fits excellently in the modern positionless game. He’s phenomenal on defense, possessing both the strength to battle bigger players and the intelligence to know where to be and when. His offense isn’t too shabby, either; he makes excellent decisions and rarely forces bad shots. While his offense isn’t superb enough to make him a primary scoring threat, that’s what Trae Young is for, right?

Playmakers seem to be in high demand this draft class, and Tyrese Haliburton is up there with the best. He can read the court like a magazine; he manipulates defenders with his eyes and dribbles in the pick-and-roll to dish out passes with phenomenal accuracy. As a scorer, his movements are as fluid as can be, and he uses speed brilliantly to throw off defenders on his way to the rim. Unfortunately, he’s a bit of a liability on defense, and his athleticism hurts his ability to fend off larger players and his drives to the rim. If Detroit is looking for their own Shai Gilgeous-Alexander, Haliburton is about as close as they could get.

If you haven’t seen any highlights of Killian Hayes, do yourself a favor and go watch them right now. He’s insane! First off, he’s a playmaking genius (shocker) and can expertly facilitate an offense and whip out phenomenal passes. He’s also an expert at creating his own shot; his stepback game is likely the best in the draft (although his 3-point percentage of 29.4% is a bit concerning). To tie it all together, he’s got the size and frame to handle guards and smaller forwards, and he can play excellent off-ball. Despite his reliance on his left hand and his lack of advanced handles, his skill set makes him an absolute steal for the Knicks.

Obi Toppin’s stock has fallen fairly hard in the past few weeks due to teams being wary of his mediocre defense, but he was the College Player of the Year last year for a reason. His greatest strength lies in his sheer athleticism; he’s got the ability to glide through the air and slam down dunks but can still softly finish at the rim with either hand. He’s also a pretty decent 3-point shooter for a big, recording 39.0% on 82 attempts, but doesn’t rely on it too heavily. Of course, his defense is a major liability, and he’s prone to being blown past by smaller defenders or being caught out of position. While he could still be an excellent player alongside Bradley Beal and John Wall, the Wizards would need to prioritize fixing that portion of his game.

Compared to the likes of Khris Middleton and Robert Covington, Devin Vassell is lauded for being a defensively-minded wing who excels at playing both on and off-ball. He somehow knows exactly where to be on defense to disrupt opponents and assist his teammates, and his hustle ensures he always stays locked-in. Although he’s a bit wiry for a wing, he’s still agile enough to defend against guards and wings while playing on-ball. His defense is certainly his strong suit, but his offense isn’t awful; in fact, he posted a 3-point percentage of 41.5% on 106 attempts. Vassel would fit in perfectly with the core constructed in Phoenix, and he might just help the Suns continue their streak of brilliance they started in the bubble.

“3-and-D wing” is a buzzword that’s been thrown around a lot in the league as teams increasingly rely on their three-point specialists. Saddiq Bey exemplifies this role, playing flawlessly as both a spot-up shooter and a defender. He’s posted an EFG% of 58.4% on 367 attempts largely due to the ability to shoot and score off the dribble, and he can match up across varying positions due to his sheer athleticism. He’s also a decent playmaker for a wing who seemingly always knows when to attack closeouts or pass to a cutter. His shooting and screening could use a bit of work, but under a coach like Pop, he’s in good hands.

The state of the Kings’ backcourt is up in the air, with Buddy Hield and Bogdan Bogdanović’s future with the team remaining uncertain. They could continue their reputation of being one of the speediest teams in the league by acquiring Kira Lewis Jr., a guard who excels on the move and around the perimeter. His agility defines his playstyle, and he uses it to his advantage to create shots and dish out to other perimeter shooters. It also plays to his advantage on defense, allowing him to move well laterally and play a massive role off-ball. His role on defense will surely be limited due to his smaller stature, and he may be prone to driving and shooting recklessly, but he’s still a solid pickup near the end of the lottery.

While the Pelicans made a splash last year by choosing Zion Williamson at #1, a year marked by injury hampered his freshman year in the NBA. Now, as he enters his second year, the Pelicans are looking for a new rookie to pair alongside him. Patrick Williams could fit that role quite nicely; he’s one of the most versatile players in the draft. He’s a talented scorer off the dribble who can finish at the rim on athletic extended finishes, he’s a solid playmaker for his size, and he hustles hard on defense. He’s still developing his spot-up shooting, but he’s still decent enough to spread the floor and provide some solid spacing and defense next to Zion.

A former top-tier high school recruit who ended up going abroad, RJ Hampton could provide some solid scoring off Boston’s bench and has the potential to flourish. He’s explosive on his drives and has phenomenal fundamentals when finishing in the interior, and he’s displayed flashes of playmaking potential with some flashy one-handed whip passes. However, he’s weakest when it comes to his jumper, and any team that chooses him will need to develop it if he’s to ever become a scoring threat. If Boston can develop his potential, he may become a solid all-around player.

That covers it for the lottery! It’ll definitely be interesting to see how these predictions will actually play out. If you want more discussion on the draft, check out “Nikhil and Adam’s Pretty Good Radio Show” on 11/16 where I hop on and provide my thoughts on the top nine picks of the draft.