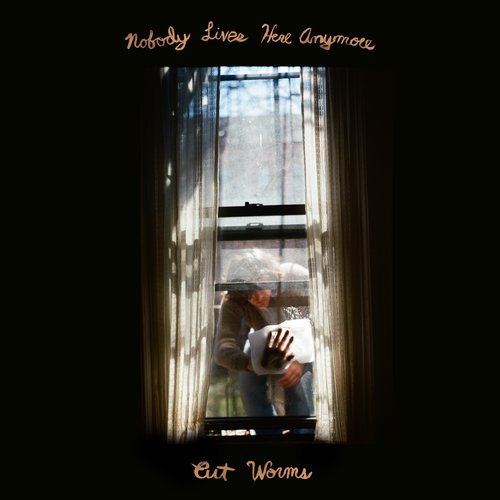 I still remember the first time I heard Max Clarke's music. I ran across some of his demos on Bandcamp in 2016 (which he released in several pairs as part of the Soft Boiled Demos series) and was immediately blown away by what I heard. Clarke, who uses the Cut Worms moniker, sounded like a lost Everly brother, but also brought something completely original to his songs. The demos were refreshingly lo-fi, and his songwriting and overall sound evoked an extreme sense of nostalgia. In 2017, Clarke compiled 6 of these demos to be re-released on his Jagjaguwar debut EP Alien Sunset, and in 2018, he released his debut full-length, Hollow Ground. These releases have been on constant rotation for me these past few years, so when his sophomore album was announced earlier this year, I was incredibly excited to hear where Max would bring his music next. The results are stellar.

Nobody Lives Here Anymore was produced in 2019 by Matt Ross-Spang (John Prine, Margo Price) at Memphis’ legendary Sam Phillips Studio. The 1 hour, 17 minute-long effort is an overstuffed collection of 17 beautiful, nostalgia-inducing folk and country pop tracks. There’s always been a tinge of country floating around in Max’s music, but this album contains the greatest presence of it yet. Transcendent, haunting pedal steel glides over galloping, tight drum beats, twangy acoustic guitar, melodic bass lines, and Max’s Everly Brothers-esque vocals to produce a sound that is throwback, yet fresh. Listening to these songs, which are filled with lyrics about love, longing, Antique Roadshow, shopping malls, castles, golden skies, and phantoms, makes me feel an unparalleled sense of nostalgia for things and times I haven’t even experienced.

“The Heat Is On” starts the album off on a high. Against lyrics describing the “golden years,” a galloping acoustic guitar riff guides the song in-and-out of a beautiful, harmony-filled chorus. I could just imagine riding into a small western town on horseback while listening to this song. Yeehaw.

“Unnatural Disaster” follows and is one of the album’s highlights. The entire song builds and builds in a glorious way. Max’s vocals are incredibly emotive, and the track reaches a climax with a haunting verse: “Cut dried cancer cysts / Painted fingernails on the iron fist / Hole up and hide, it's a blowout sale / Sweet suicide get me out on bail.”

“Last Words To A Refugee", "All The Roads", “A Love So Fine", and “Walk With Me” are examples of gorgeous love songs with an almost Lynchian twist. On “All The Roads", Clarke describes an almost apocalyptic world with “monsters hiding everywhere," but promises his lover that even amongst the terrors in the world, "all the roads still lead back to you.” This is an example of Clarke’s ability to fuse the worlds of good and evil, just as Lynch has achieved in his films. There’s something so beautiful, yet haunting about it.

The George Harrison-esque “Veteran’s Day", transcendent, pedal steel-filled “Sold My Soul", "Castle In The Clouds", and “The Golden Sky", as well as the horn-filled, psychedelic “God Bless The Day” are some of the album’s other highlights.

There’s not a single track on this album that isn’t good. Max’s songwriting is consistently stellar, Ross-Spang's vintage production is fantastic, and the performances are all great. If this album suffers from anything, it would be its length. Sitting through a 77 minute-long isn’t easy, but Clarke is aware of this. He sees this record “as a figurative shot across the bow to the modern attention span.” I even admit to having a poor attention span, but whenever I have 77 minutes to spare, I know I’ll be putting on my imaginary cowboy hat, hopping on my imaginary horse, and listening to this opus of a record.