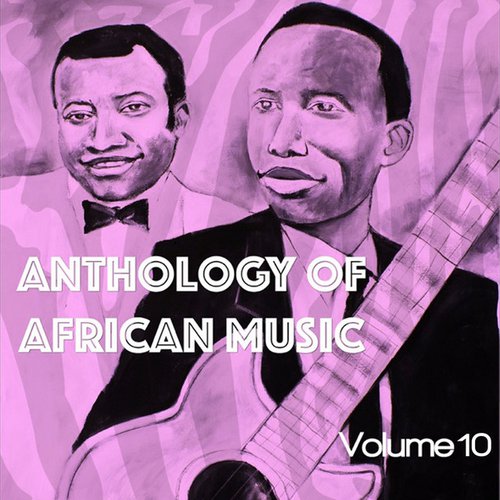 Does Docteur Nico cure all ills? No, he’s just an otolaryngologist--which I had to google while writing this, but is the medical specialist who deals with ears, throat, and nose--with Nico focusing on the ears. His prescription for bored-ear-disease is a precise, measured dose of the sweetest, grooviest, auditory balm known to our species called Soukous. The release is an hour and 13 minutes, 24 tracks, the tapes have been battered by time, but shining through is one of humanity’s greatest extant, danceable, and catchy channelings of the mind of a Congolese master.

As far as I know, these tracks haven’t been collected on Docteur Nico records I’ve listened to in the past, or at least weren’t immediately accessible to me over the internet. But I have to say every time I listen to soukous, the 70s “Congolese rumba”-sound it feels completely fresh in its unique mix of choppy, twangy-yet-distorted guitar with rolling percussion, Cuban-influenced horns, and the watery sound of the vocal production. More or less every track sounds like this, though each have their flourishes and sparks of combined musical brilliance. The Docteur doesn’t use any showy effects, but a confident, clinical, and complete ease mark his playing, his little finger ballets making him a sure acrobatic surgeon of the ear.

Standouts to me are the track "Leo c'est leo" with its hypno-guitar, the sax-y closer "Adolphine," and the opener "Bolingo Alfonsine" gives you a good idea what the release sounds like. "Biantondi Kasanda" gives a great example of the sublime vocal interactions with the Cuban rumba sounds. I have no idea what the lyrics are saying, but I can’t think of a single American guitarist who gives the same sincere pleasure of listening as this Congolese virtuoso. There are many other compilations and releases of his work, and I would advise any willing listener to seek them out, especially his work with his band L’African Fiesta, truly a fiesta for your brain. Let Docteur Nico be your first appointment of many with the diverse landscape of 60s and 70s African pop, hopefully leading you to the distinct worlds of High Life from Nigeria and Fon of Benin.