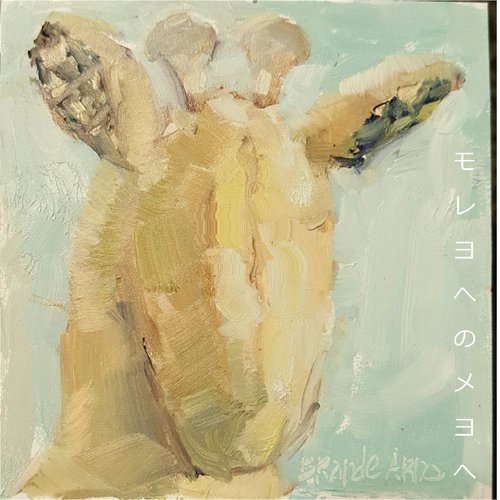 So I’m there at an open mic night in downtown Houston two summers ago with two friends, more so to see what could possibly take place than to play my half-baked alternate-tuning acoustic uselessness to the 7 people and dozen empty glasses at Avant-Garden. And that’s where I learned about Even Oxen. Leech, something of an underground Houston star, sat down near us and after some small talk mentioned something about an indie-folk band he was in for a time called Even Oxen, and my friend immediately bolted out of the bathroom with “YOU WERE IN EVEN OXEN?” Hours later on the drive home looking out on the midnight Houston skyline “Our Messiah With the Clouds Towards Heaven” funneled an ineffable pre-human light through a keyboard that collapsed everything and made all other indie electronica obsolete.

I soon learned that Even Oxen was the musical project of Houstonian Bersain Beristain and was worried that (like many indie greats) worldly circumstances might prevent future releases, as it had been over year or two since an album or EP. A year later a mysterious single emerged then disappeared on bandcamp (“Psalm 18”) and in June I checked spotify on a whim to find a day-old release, The Goat Lamb of God.

In a previous interview (that may still be on his soundcloud), Bersain noted the significance of The Trees Community as an avant-garde yet beautiful devotional folk band that had an effect on him. Interestingly, I see Bersain drawing upon this unheralded strain of music and fusing it with current bedroom-tape trends. Little Kid does something similar with the new bedroom folk tradition focusing into spiritual topics, but without the noise and bare (and frankly fun) experimentalism of Even Oxen. (It’s also important to note that I’ve gotten non-noise-listening friends to sit through and come to appreciate the noise because of the vocals and intensely beautiful guitar sound.)

I think Even Oxen has the best (or at least most evocative) syncretism of acoustic sounds with electronic noise since the first Animal Collective album (Spirit They’re Gone, Spirit They’ve Vanished), just see “Psalm 18” with the prominent swirls of noise, though this may be more of a similarity than an influence given the content and hypnotic-emphasis on the arpeggiated guitar. The musical choices of Bersain help him transcend the oozy sentimentality and emotionalism that often drags down indie folk (or even moments of the previously mentioned Animal Collective album) and reach not for vapid, “trippy” psychedelia but for a higher genuine spiritual insight and vision.

Singular to this release I think there’s a significant expansion of the dynamics of the noise from the previous album Arrayed Above the Seraphim Lights. “Early in the Morning” at first sounds like a dubbed-out, slowed-down version of “Luma” from that album, but upon examination is its own meditative exploration of the interplay between the fuzzed keyboards, guitar, and distorted vocals unlike anything they’ve done previously. The noise is eschewed on the last two tracks, more reminiscent of their first EP, adding accompanying vocals on “Soli Deo Gloria” that take us to the more vanilla visionary-devotional (I hesitate to say “psychedelic” folk, but the musical comparison is unavoidable) of The Trees Community. The pillows of blazing screeches become these incredibly natural clouds of seraphic acoustic guitar and streamlike vocals, and you realize there’s not any difference between them.

Recommended: Psalm 18, My Sins Were Forgiven by the Son, Every Eye Will See You Down, Early in the Morning, Soli Deo Gloria, Find Salvation