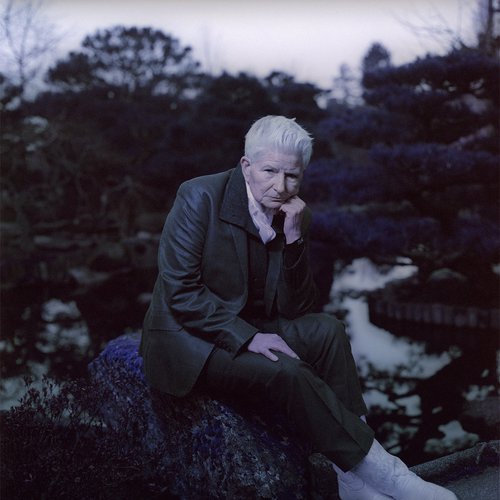 In the 1940 classic His Girl Friday starring Cary Grant and Rosalind Russell, Russell’s character Hildy the fast-talking-newspaperwoman says to Grant “Oh Walter you’re wonderful in a loathsome sort of way,” and the first part of this statement applies to how I feel about the new Girl Friday album: it’s wonderful (not loathsome). After a quick google search I felt a little stupid for sharing the album with my girlfriend, thinking the band’s name was a reference to our favorite Cary Grant movie and not knowing “girl Friday” is actually an expression (in this light the movie’s title also makes more sense as there’s no reference to the day Friday at all in the movie). So in more ways than one, Girl Friday has left a solid impact on me.

After a day of pretty bad luck trying to find decent music on my own, right as I was about to give up I came across the album and was pleased to find a chillingly-good slow-paced opener, one to rival the feeling of classic openers like “123” by Girlpool or “Randy Described Eternity” by Built to Spill. And as the album progressed, I was stunned to find such a convincing blend of post-punk stylings that avoid the common clichés so many bands fall into. This escaping of post-punk clichés seems attributable to their unified and evidently compassionate vision that one can see from the start, never getting lost in trying to sound like the old post-punk bands.

Girl Friday’s delivery on songs like “Public Bodies” root and bloom to an intense mobility and fluidity, with every song feeling organic in its aural movement (see also the bounce and aggressive groove of “Earthquake”). As a fan of linear song structures, the surreal end-progressions of “Public Bodies” and “Amber’s Knees” make for some both catchy and compelling choices (is the “hippos are boiling alive in their tanks” on “Amber’s Knees” a reference to the Kerouac/Burroughs book?). One could also say the band tightly captures the energy of Cary Grant and Rosalind Russell's dialogue, both with the elastic guitar work and my favorite hooks in recent memory.

To me the most enjoyable aspect is the vocal harmonies, which make the first track so special and flourish into some of the album’s best moments like on the delightfully-distortioned “Favorite Friend” and the groove of “Gold Stars.” They also work to make the lyrics more tugging, entrancing, and colorful on songs like “This Is Not the Indie Rock I Signed Up For” and “Favorite Friend.” But of course, it’s used to its greatest effect on the closer “I Hope Jason is Happy,” the skillful, bookending poignancy of which just makes you wanna start the album all over again. A wonderful, tight release from the Goth Wiggles that restored my faith in indie. Maybe will turn the sound off on His Girl Friday and play this album and see if it matches up…

Recommended: This Is Not the Indie Rock I Signed Up for, Amber's Knees: A Matter of Concern, Public Bodies, Favorite Friend