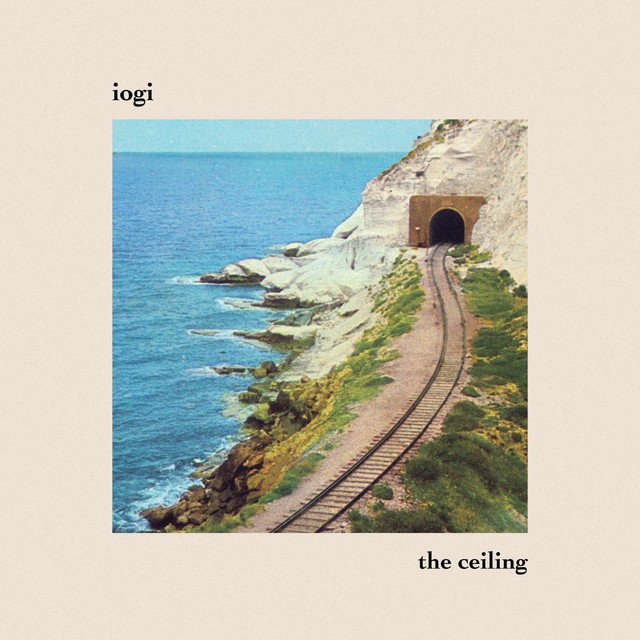 the ceiling, a dreamy surf rock creation brought to life by Tel-Aviv-based artist iogi, delivers a mix of lo-fi and tranquil tracks that beg to be listened to while driving along the coast, and I am thankful I stumbled upon it. Iogi, also known as Yogev Glusman, gives us a modern take on sixties surf rock through a combination of atmospheric vocals and moments that call to mind modern psych-influenced projects like Tame Impala, as heard most clearly in the album's track, “the greatest view.” The writer/producer plays all the instruments heard in the album with his unique sound expressed through interesting riffs and effects. While it advertises itself as chill surf rock, the album doesn’t stay bound to the conventional upbeat congruence of typical surf rock albums.

There is a particular moodiness to some of this debut album that roots itself in the sad musings of iogi’s lyrics while distracting you with the laid back fluidity of the guitar work. “The greatest view” opens the album by telling the story of someone closing themselves off to the world, but the romanticized delivery of uncertainty can be heard most clearly in the final track “the right way.” Deviating the most sound-wise from the rest of the album, it plays out as a mellow and jazzy expression of iogi’s fears. The title track, “the ceiling,” is the darkest moment of the album, featuring a long guitar riff at the tail end overlaid with a warped synth that makes me believe iogi wanted the album to be a little misleading in its intentーmaking itself a dark expression of thoughts masked by the lighter sound of the instrumentals with interspersed moments of murkiness.

Although it briefly dips into a darker sound at times, there is a certain warmth to the rest of the album, with my favorite track, “magic trick” being the most memorable example of this. The guitar solos are a straight-up vibe, situating themself between congenial layered vocals that remind me of The Beach Boys. The songs “i fell again” and “delicate creature” follow suit with drippy reverb and more acoustic accompaniment. They present desire with a lighter tone and provide the album with some of the typical characteristics of surf rock.

The album as a whole fluctuates between themes of love and pessimism towards the world, but all in all maintains a laid-back hypnotic sound that is so unique. Will you dissociate while listening to this?... Perhaps, but in the best way. The ceiling is a trip I highly recommend and Yugev Glusman is truly talented.