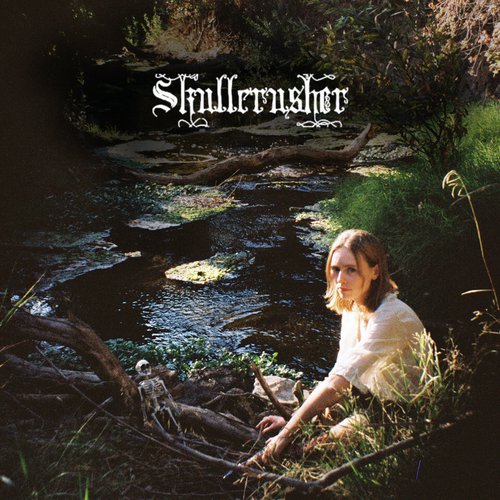 When I heard “Places/Plans” for the first time, I wanted to stop making music because I knew that I would never be able to make anything as beautiful as that song. I found the song on a curated Spotify playlist and listened to it on repeat for weeks until Skullcrusher released the next single off her EP, “Day of Show” which I rinsed and repeated for months. Skullcrusher is the musical project of LA-based songwriter Helen Ballentine and she has become one of my favorite artists with only four songs released.

The name Skullcrusher is in stark contrast to the nature of Ballentine’s songs. Her music is the sonic embodiment of being in a forest, surrounded by nature, and lying there alone or with someone close to you. I genuinely believe that Ballentine is the next Nick Drake/Elliott Smith/Joni Mitchell, but even then, her sound is so different in a way that it feels wrong to suggest that her work is in any way derivative. Skullcrusher sounds like nothing else and her music has resonated with me in a way that no artist really has. I have spent many nights lying on the floor, listening to her EP on repeat, and staring at the ceiling. This has been a comforting ritual in the midst of what feels like an apocalypse.

Every track on the EP is a perfect song. “Places/Plans” is a warm introduction to Skullcrusher and the quiet world in which her music lives. There are elements of electronic music that bring depth to Ballentine’s acoustic guitar part. The song gradually builds up and a piano part is introduced that makes me feel like I am floating. The chorus of the song features the line “come in. The window’s open and I'm lying alone. Let's sit cause I don't have any plans for tomorrow, I don't have any plans for tomorrow.” This song feels like a quiet quarantine anthem and it feels as though Ballentine wrote that song for this particular moment in time, even though the songs were written a year ago.

The second song on the EP is “Trace” which begins with the line “wasting another day trying to ignore my face, conversation dies it's late, sleeping in to get away.” This particular line is so beautiful and captures the aspects of life that I once believed were indescribable. The music video for the song features Ballentine and her friends in Renaissance attire as though they are attending a Renaissance Fair. Ballentine has stated in interviews that she attended a Renaissance Fair and that it greatly shaped her. Personally, as someone who was in a madrigal choir in high school, this music video is one of my favorites ever.

“Two Weeks in December” is a short, less than one minute track with Ballentine’s multitracked vocals and minimal instrumentation. I believe that this song is the greatest song under one minute ever written. I am in awe of Ballentine’s ability to tell a story so vivid in so little time. This song is also a flawless transition between “Trace” and “Day of Show.” “Day of Show” is my favorite Skullcrusher song and one of my favorite songs ever, if not my number one favorite.

The song opens with “it all works out that's what I say out loud when I'm the one giving advice to you” This captures the feeling of telling someone that you care about that everything is going to be okay when you have absolutely no clue if it will be. I find myself in this position a lot. I’m so uncertain and uneasy about everything all the time, but I want to be there for my loved ones. I find myself just dissociating from everything in my life and trying my best to continue without thinking too much. Following the first chorus, the drums enter and the first time that I heard this part of the song, I started to cry. There are no drums on any of the other songs on the EP and it is so beautiful when the drums enter in the final song. It feels as though Ballentine was waiting for something, she was waiting for some sort of peace or acceptance and only after, the drums could come in. It’s a surreal experience listening to the song and hearing it build up along with Ballentine’s beautiful multi-tracked vocals. The harmonies are out of this world and the song has been on repeat since the day that it came out in May.

I am running out of words and am struggling to figure out how to word how much I love this EP. I have been looking for something, I have been looking for music that makes me feel okay. Right now it feels like nothing is going to be okay, it feels like everything is falling apart, but I have this EP now. I have this masterpiece that I listen to when I feel like nothing is working out. Skullcrusher is absolutely incredible and I am forever indebted to her for bringing this music into my life. I hope that her music resonates with you in some way. I hope that it makes you feel something. I hope that it makes you feel like everything is going to be okay.