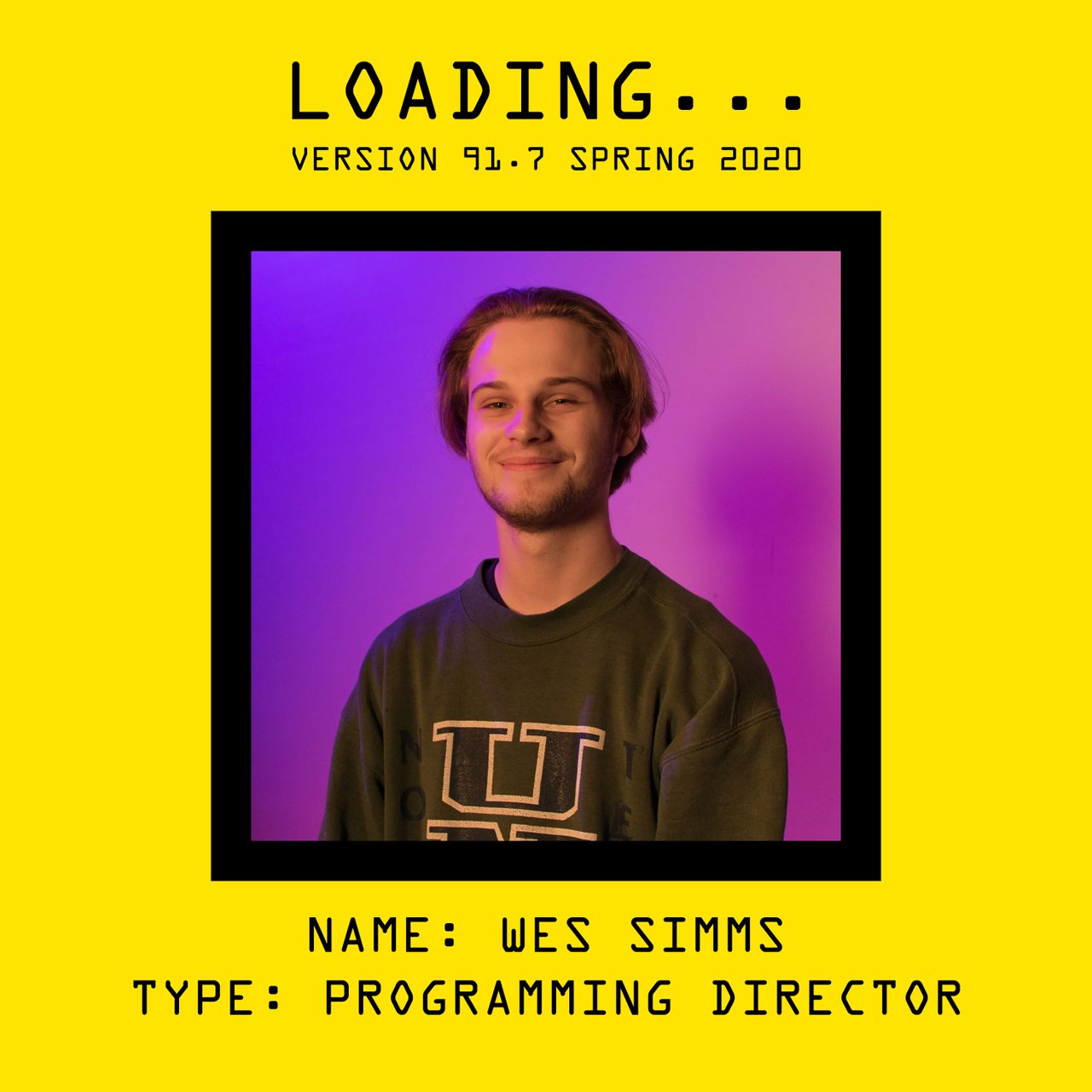 I think the truth would be that I became a huge fan of Billy Joel’s music in middle school. That was the first time I really dove deep into someone’s discography. It started with discovering the music video for The Longest Time, then going back and watching a bunch of interviews and live performances. Each of his albums has its own vibe, which I found interesting. An Innocent Man is influenced by doo-wop, 52nd Street was jazz influenced, Glass Houses was rock and roll, etc. So, I started collecting vinyl, and his album, The Bridge, was my first one. My love of music began with mostly classic rock and oldies, but it has evolved a lot since.

At orientation, one of the advisors was telling my group about orgs that Moody students often join. TSTV and KVRX caught my attention. Before then, I didn’t really know that college radio was such a commonplace  thing. So, I wrote it down to remind myself to check it out in the fall.

I went to tableing event during freshman week and saw KVRX there. I asked how to get involved, and they said that I just had to sign-up for DJ training, show up, and I’d get a show. I was so surprised at how easy it was. I signed up for the next one, and the rest is history.

I was trained by the legendary programming directors, Evan Stack and Taylor Sprinkle. PDs are usually the first faces that people associate with KVRX, and they set an awesome tone for what my experience as a DJ would be. Going into the booth, the CD library, seeing all the music and gear; it was like walking into Willy Wonka’s Chocolate Factory. I was entranced by the vibe of the room. It was such an exciting scene I was stepping into with such cool people. I had never met anyone like them before. I always thought I had a really unique view of music, but it was cool to find there are so many other like-minded individuals.

Green Onions — Fall 2018 - Present — (freeform - When I’m not spinning my favorite music, I like to have on my favorite artists for interviews, from Tony Darkness, to Daphne Tunes, to even Nardwuar).

After finding out about the Spotify rule concerning the blacklist policy, I didn’t know too many bands that I’d be able to play. I had to adapt and learn how to seek out new music made by small artists. I had to become more open minded in terms of genre. I gained a love of searching through the new-bin (as I have to do every week), reviewing new albums from my favorite KVRX-friendly artists, using Discover Weekly more and “fans also like” on Spotify, and simply asking for recommendations from other DJs. I started to care more about the openers at shows, and just going to smaller gigs on the weekend.

KVRX has made me aware of the importance of spotlighting diverse, lesser known artists who aren’t getting airtime elsewhere. That’s what college radio is all about.

I’m just looking for whatever interests me the most. Right now, it’s working on student film sets, writing, trying to learn how to make graphic art using Photoshop, learning to edit, hustling to get interviews with more of my favorite bands, playing guitar, watching movies, riding my bike, and of course, listening to music.

As I’m sure most people would say, it’s the friends that I’ve made here. I was sad to leave most of the people in my tightly knit group of friends from high school, not wanting to seek out new friends. I thought it would be more difficult to make new ones, but joining an org such as this one made the process easy.

Not only that, but these are the coolest people on campus. We go to shows together, party together, chat about our favorite albums, and work towards the common goal of having fun and playing none of the hits, all of the time. I also owe so much of my taste in music today to KVRX.

Show up! Come hang out at the station. Talk to people. Find your area of interest and make things happen. For me, that was interviewing artists. In just my second year, I’ve probably interviewed over a dozen bands, most of which have had a profound impact on my life through their music. Find that thing that gets you excited. If you don’t like something, try and change it. Chances are, other DJs are thinking the same thing.

P.S. Don’t sleep on my staff playlist up at the top ;)