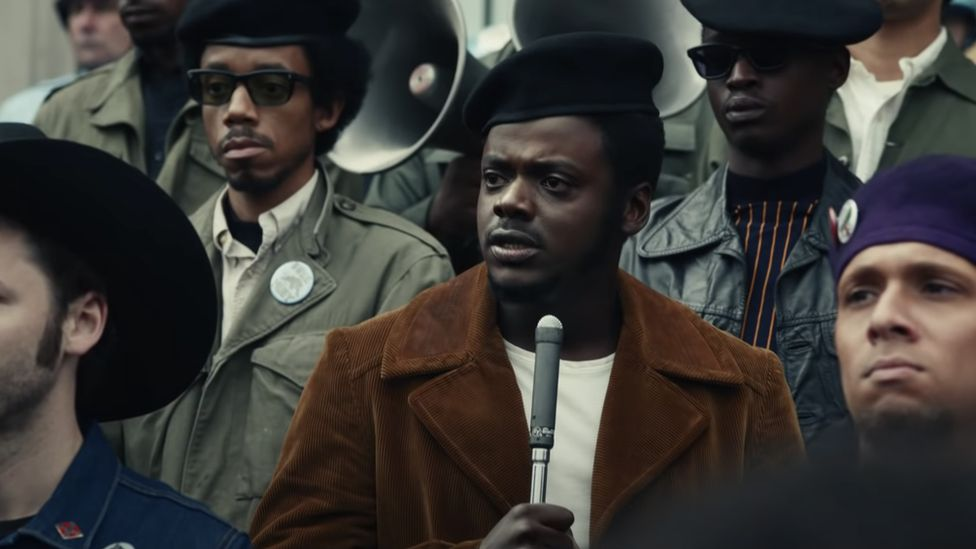 The film, Judas and The Black Messiah, follows the true story of the life and assassination of the prominent black activist and Black Panther deputy chairman, Fred Hampton. Fred Hampton rose to prominence through his charismatic persona and his riveting speeches. Many scenes in the film are dedicated to Hampton’s eloquent and powerful public speeches. The film shows that Hampton’s lectures were able to attract not only African Americans but also people from all walks of life who had felt they had been mistreated by the American government. The film highlights how art was pivotal to the advancement of the Black Panther movement as poetry, visual art, and Hampton’s intricately composed speeches were some of the most important factors in educating people about the struggle of African Americans in the 1960s.

Music also played a major role in advancing and educating people about the issues facing African Americans during the sixties. Soul music advocated for black pride and black consciousness. Major African American artists during this time period like Curtis Mayfield, Marvin Gaye, and Gil Scott Heron all wrote songs about the advancement of black people in America. Curtis Mayfield was one of the earliest artists to discuss black pride and the struggles of the African American community. Mayfield’s songs, Power to the People and People Get Ready, featured a mellow, soft style that advocated for love and compassion of black people.


Gil Scott Heron reincorporated the popular Black Panther slogan into a spoken word piece, The Revolution Will Not Be Televised, that spoke about the censoring of the movement by major news outlets. The Black Panthers actually created their own musical group, The Lumpen, that performed black activist music throughout California between doing the political work required of all Black Panther ranks. This band was supported by other popular artists of the time such as the Grateful Dead and Santana. The Black Panther Party also had a national anthem, The Meeting, written by Elaine Brownーa chairwoman of the party. The definitive prominence of radio during that time period meant that these songs about black activism reached massive audiences, propelling the Black Panther Party and other African American movements to vast communities across the country.


Even today the Black Panther movement continues to influence mainstream music in America. Kendrick Lamar, Nas, and Wu-Tang-Clan all have songs that reflect the ideals of the Black Panther Party. Bob Dylan’s song, George Jackson, tells the story of another Black Panther leader who was shot and killed in a San Quentin prison. Beyonce’s Super Bowl performance in 2016 paid homage to the Black Panthers by having her and her dancers with black berets, an iconic clothing piece worn by the Black Panthers. Featured in Judas and the Black Messiah is Fight For You performed by H.E.R., a soulful single that serves as a powerful outcry for justice echoing the cries made by Fred Hampton over fifty years before. The legacy and impact of Fred Hampton has stayed strong throughout decades through the power of music and radio. Now people can finally witness the true story of one of the most important black activists through the new film, Judas and The Black Messiah.


Judas and The Black Messiah is available in theaters and streaming on HBO MAX on February 12th.